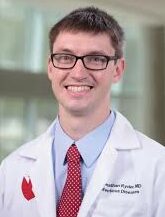 In July 2021 the Center for Disease Control and Prevention (CDC) released their sexually transmitted infections (STI) treatment guideline, an update from 2015.1 Below, senior ID fellow Dr. Jonathan Ryder highlights significant (but by no means comprehensive) changes in this new guideline that can be incorporated into clinical practice and some of the evidence supporting these changes. Part 2 – Bacterial Vaginosis, Trichomonas, Pelvic Inflammatory Disease

In a fairly interesting and somewhat controversial recommendation given current medical teachings, the CDC guidelines reversed course on counseling against alcohol consumption during treatment with metronidazole. Citing a Norwegian study, the guideline authors comment that no studies have demonstrating convincing evidence of a clear interaction between alcohol and metronidazole causing a disulfiram-like reaction.6 A study supporting this recommendation from 2002 included 12 healthy volunteers randomized to either oral metronidazole 200mg three times daily or placebo followed by drinking 0.4g/kg of ethanol found no difference in blood acetaldehyde levels or any subjective or objective evidence of a disulfiram-type reaction.7

Treatment recommendations for BV remain the same with oral metronidazole 500mg twice daily for 7 days or either topical metronidazole gel or clindamycin cream being the preferred options.

For another summary of the changes, Ina Park, MD has an excellent Twitter thread: