Journal Club: Should vancomycin be given as prophylaxis for Clostridioides difficile infections? 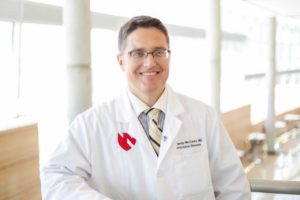 The following is a review by one of our fellows, Dr. Randy McCreery, who at a recent journal club presented a paper by Johnson, et al.: Effectiveness of Oral Vancomycin for Prevention of Healthcare Facility-Onset Clostridioides difficile Infection in Targeted Patients During Systemic Antibiotic Exposure, Clinical Infectious Diseases, 28 September 2019.

In addition, Drs. McCreery, Cawcutt, Cortes-Penfield & Van Schooneveld published a letter to the editor of Clinical Infectious Diseases based on this journal club review and blog post. Read the official letter here. A formal reply to this letter, was also published here.

Why was it important to review this article?

This article attempts to address an important question: with nearly 500,000 infections and 15,000 deaths annually (CDC) attributed to Clostridioides difficile, how might we further reduce the incidence of this disease beyond the antimicrobial stewardship and infection control procedures that we are already employing?  To date, most of the data on chemoprophylaxis for preventing Clostridioides difficile infections (CDI) is retrospective, and thus, more prospective, randomized data is needed.  This article not only provides important new data from a prospective randomized trial, but it also provides a summary of the available retrospective data to date.

Who did they study?

Patients were enrolled over a 7-month period at a single, 961-bed, tertiary hospital in Winston-Salem, North Carolina, in a prospective, randomized, open-label study. One hundred high risk patients were randomized, 50 in each arm, to receive either oral vancomycin prophylaxis (OVP) or no prophylactic therapy.  OVP was given for the duration of systemic antibiotic therapy plus an additional 5 days at a dose of 125 mg daily.  Patients received an average of 12 days of OVP.

What did they find?

They found that 6 patients in the control arm developed healthcare facility onset CDI (the primary end point) vs none in the prophylactic arm, and this was statistically significant (p = 0.03).

Key points from the article: 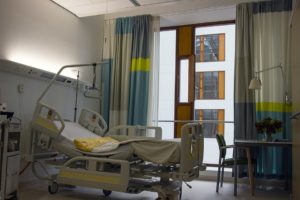 While this study demonstrated less positive PCR tests in the OVP group, the lack of key clinical data makes the conclusion limited and inadequate to inform active clinical practice. The jury remains out on the efficacy of OVP pending a larger, randomized, ideally placebo controlled, multicenter study.