Contraception and Antiretroviral Therapy: Important Interactions to Keep in Mind 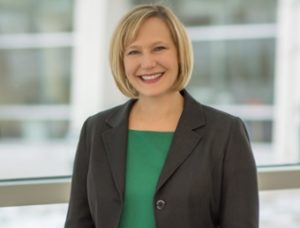 Dr. Kimberly Scarsi recently published an important study in Lancet HIV: “Antiretroviral therapy and vaginally administered contraceptive hormones: a three-arm, pharmacokinetic study.”  We were excited to learn more about and feature her work!

Could you please give us a brief summary of the study you performed?

This was a pharmacokinetic evaluation of the effect of antiretroviral therapy (ART) on vaginally administered hormones. Overall, 84 women participated in the study across 21 AIDS Clinical Trials Group (ACTG) and IMPAACT clinical trial sites in Asia, South America, sub-Saharan Africa, and the United States. The participants were all women living with HIV, either not yet on ART or were receiving ART containing efavirenz- or atazanavir/ritonavir, and agreed to use a vaginal ring containing ethinyl estradiol and etonogestrel continuously over 3 weeks. We were able to compare the hormone (ethinyl estradiol and etonogestrel) exposure in both ART groups compared to the control group of women not yet receiving ART.

What was the impetus to conduct this study?

Effective family planning, which often involves the use of hormonal contraception, is an important component of care for women living with HIV. It allows women to plan for desired pregnancies, and planned pregnancies are associated with lower maternal and infant morbidity and mortality, particularly in low- and middle-income countries. Unfortunately, some hormones have drug interactions with some antiretrovirals that may jeopardize hormone effectiveness or tolerability. This is especially true for efavirenz-based ART, which is still the most commonly used regimen worldwide, particularly in low- and middle-income countries where most women with HIV live.

Non-orally administered hormones was believed to reduce the risk of these drug-drug interactions. For hormones administered by a vaginal ring, the mechanism of their effectiveness is systemic exposure (e.g. in the plasma) and ovulation suppression, rather than only local effects (like an intrauterine device). Therefore, the impact of the drug interaction between orally administered medications that may influence hormone exposure is important to understand, yet had not been performed. The study team sought to determine whether estrogen and progestin administered by a vaginal ring would be affected by oral ART containing either efavirenz or atazanavir/ritonavir.

What were some key findings?

The results showed that hormone concentrations were significantly changed by both types of ART. Efavirenz-based ART decreased both ethinyl estradiol and etonogestrel hormones, raising concerns for lack of efficacy and the risk of unintended pregnancies. While the atazanavir/ritonavir-based ART increased progestin exposure (providing reassurance that the contraceptive effectiveness would be maintained), it decreased estrogen exposure, which may increase the risk of mid-cycle bleeding.

While the findings are directionally similar to what we’ve seen with ART and oral hormones to date, the vaginal ring ART-hormone interaction resulted in even larger changes in hormone exposure than what was observed in the oral studies. We aren’t sure if difference is related to the difference in route of hormone administration, or perhaps more likely, differences in the studied population (primarily Caucasian, healthy volunteer in the oral study, racially and ethnically diverse women living with HIV in our study).

What are future directions for work studying the interaction between contraceptives and ART?

The importance of understanding the pharmacology of vaginally administered drugs has particular relevance as vaginal rings are being developed for multipurpose prevention of both HIV and pregnancy. This study has raised awareness that both local and systemic drug interactions need to be evaluated early in vaginal ring development in order to optimize co-prescribing therapies.

My work outside of this study is includes evaluating and managing drug interactions with other types of contraceptives, especially subdermal implants, with antiretroviral therapy. I have a study that is going to be wrapping up soon in Uganda, which is evaluating using dose adjustment of hormones to overcome the common drug-drug interaction with efavirnez-based ART.

You can read more about Dr. Scarsi’s work here, as well as a commentary from other HIV researchers expanding on the value of this study.  Follow Dr. Scarsi on Twitter at @KimScarsi, and her co-author Dr. Katy Godfrey @katygodfrey6.