Does the Clostridium Smell Diffy? Even the Dogs Disagree… 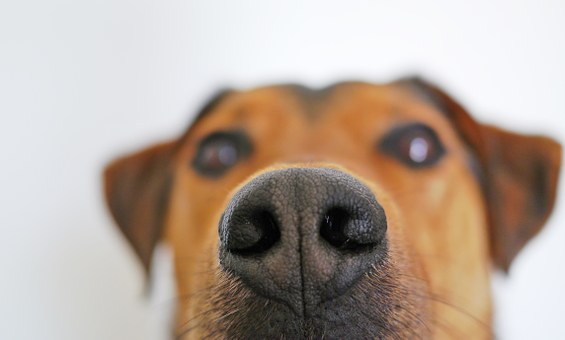 The C. difficile sniffing dogs are back! There are several prior reports of individual dogs being trained to “sniff out” C. difficile. In a novel approach, the authors of this study trained two dogs simultaneously, and then compared interrater reliability between sniff attempts. They used toxigenic C. difficile frozen stool samples (GDH EIA and PCR positive) and negative controls in an institution where prevalence of toxigenic C. difficile was 13.7%. A German Shepherd and Border Collie Pointer each trained with a reward based system, first detecting toxin-producing C. difficile then detecting negative samples (Click here for a cool training video). The dogs then sniffed 300 validation stool samples in identical boxes (30% positive 70% negative), with 10 random samples for each detection round. 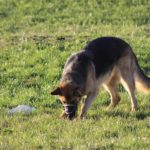 The dogs had a moderate interrater reliability with a Cohen’s kappa of 0.52. Both dogs had about 85% specificity of toxigenic C. difficile detection but the German Shepherd’s sensitivity of detection out-sniffed the Border Collie Pointer (92% vs 78% respectively). Positive predictive value for both dogs was <50% and negative predictive value was >95% for both dogs. Interrater variability necessitates individualized dog training; and it is curious that two different species were used – could there be a genetic predisposition for “better” olfactory receptors in certain species? 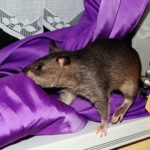 Trained Giant African pouched rats can accurately sniff tuberculosis in Tanzania, and dogs have been trained to detect drugs and explosives for law enforcement, so why not C. difficile?Though the concept is exciting, this is miles away from mainstreaming due to effort and lack of generalizability. 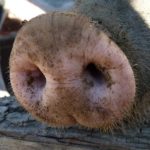 If two different canine species could not agree on whether or not the stool smelled “diffy”, where does that leave humans, whose olfactory capabilities are thought to be 10,000- to 100,000-fold less sensitive than dogs? Perhaps when it comes to C. difficile, no nose knows better than conventional testing.