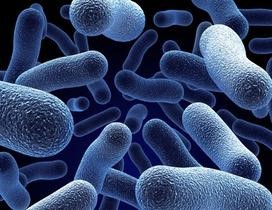 C. difficile infection (CDI) is a difficult to control pathogen and the contribution of aggressive infection control practices and antibiotic stewardship have generally been assessed in single hospitals over short periods of time. This study evaluated the impact of advanced infection control practices and an aggressive national antimicrobial stewardship program on the incidence of CDI in the Grampian region of Scotland, which represents 11% of that regions population. The authors found that infection control measures had little impact on CDI rates.  Interestingly, the implementation of an antibiotic stewardship program that decreased the use of macrolides, clindamycin, broad-spectrum cephalosporins, fluoroquinolones, and amoxicillin-clavulanate 50% was associated with major changes in both CDI epidemiology and prevalence.  Declining use of the targeted antibiotics predicted near elimination of the R001 and R027 multidrug resistant CDI phenotypes.  CDI rates declined 68% in hospitals and 45% in the community during the stewardship intervention.

This study had a number of interesting findings.  First, the infection control measures did not improve CDI rates.  Whole genome sequencing data from the UK suggest that the majority of CDI is not acquired from other CDI cases in the hospital and thus the advanced measures implemented there would not be effective.  Second, there may be a threshold effect for antibiotic use that when use of the high risk agents drops below a certain level epidemic multidrug resistant strains lose their advantage and disappear.  Third, while use of the targeted agents declined, use of alternative agents including carbapenems increased and increasing carbapenem use was associated with increased CDI risk.  These findings strongly suggest antimicrobial stewardship strategies are essential to controlling CDI.  Additionally, the targeting of high-risk agents may be beneficial beyond their general influence of decreasing antibiotic exposure and may have profound effects on CDI epidemiology.  An unanswered question if the exclusion of the targeted agents altered the clinical outcome of various infectious syndromes such as pneumonia, UTI, and skin/soft tissue infection.