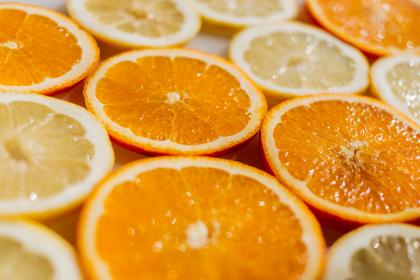 Experimental and emerging data suggest intravenous ascorbic acid may be a potential therapy in patients presenting with septic shock, but more evidence is needed to confirm or refute the clinical utility of ascorbic acid (vitamin C). Proposed mechanisms of this essential water-soluble vitamin include anti-inflammatory effects, reduction in oxidative damage, and preservation of endothelial function and microcirculatory flow.1 Additionally, ascorbic acid is a cofactor in the enzymes required for synthesizing endogenous norepinephrine and vasopressin.2 Intravenous administration may be required to achieve normal serum levels in these patients due to saturable intestinal absorption.3 Findings indicate serum levels of ascorbic acid are lower in critically ill patients due to the increased metabolic turnover in this acute inflammatory response and are associated with severity of illness.4,5 Low plasma levels of ascorbic acid have been shown to be inversely correlated with multiple organ failure incidence and directly correlated with survival.6

The most recently published study was a retrospective review comparing the clinical course of 47 septic patients with a procalcitonin > 2 ng/ml treated with thiamine 200 mg IV q12hr, ascorbic acid 1.5 g IV q6hr, and hydrocortisone 50 mg IV q6hr.9 Hospital mortality was significantly reduced in the treatment group (8.5% vs. 40.4%, 95% CI 0.04-0.48). A reduction in SOFA scores, requirement for RRT, and duration of vasopressor use were also shown. The authors believe ascorbic acid and hydrocortisone act synergistically by restoring glucocorticoid function, improving transport of ascorbic acid into the cell, and preserving endothelial integrity.  A concern with high doses of ascorbic acid is the metabolic conversion to oxalate. Although oxalate is excreted through the kidneys, patients with renal impairment may have increased serum levels resulting in crystallization in the kidney. However, within the small sample size, Marik et al. reported improvement in renal function.9  There were many scientific limitations in Marik et al study which are highlighted within a letter to the editor of CHEST written by Drs. Kalil, Johnson and Cawcutt. Click here to read the letter.

The optimal dose and time of administration are still to be determined. The safety concerns of oxalate accumulation and pro-oxidant effects should also be considered with high-dose ascorbic acid. Although recent and very limited evidence suggests potential benefits with intravenous ascorbic acid, further studies are needed to confirm these preliminary findings. A large double-blind placebo-controlled randomized clinical trial is necessary to confirm or refute the efficacy and safety of ascorbic acid in patients with septic shock.

Content courtesy of Stephanie Willis, Scott Bergman and Dr. Andre Kalil. Commentary and opinions reflect those of the authors and may not reflect the opinions of the Division or UNMC as a whole.