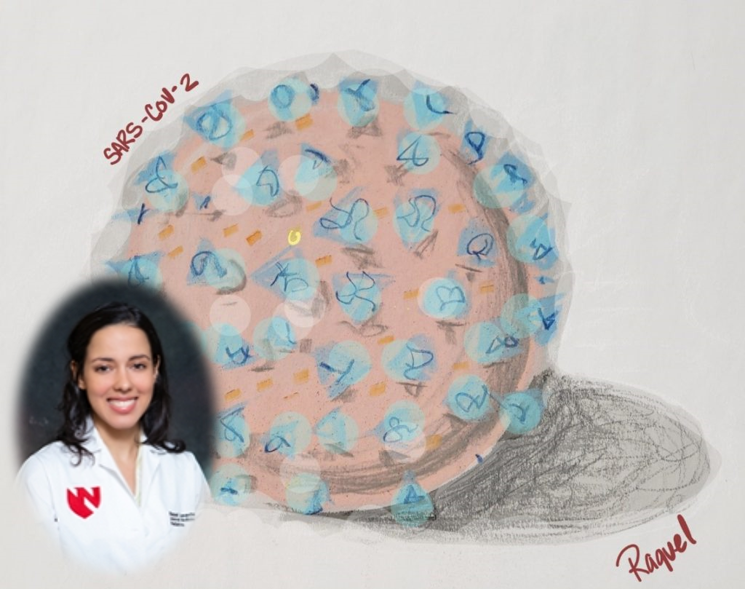 As our institution, state, country, and the world grapple with the impacts of SARS-CoV-2, causing COVID-19, there are lots of ongoing discussions about coronaviruses. Dr. Raquel Lamarche is a PGY1 Internal Medicine/Pediatrics resident at UNMC, who will be sharing her thoughts and information she learns about COVID-19. You can follow Dr. Lamarche on Twitter @LamarcheRaquel. This week Dr. Lamarche discusses a pediatric Infectious Diseases primer on SARS-CoV-2.

Children are not tiny adults; thus, it is not surprising that many infectious diseases affect children differently from adults.

We don’t know why COVID-19 appears to be less frequent and severe in children compared to adults. Some considerations include a less vigorous immune response to the virus in children, potential viral interference in the respiratory tract of young children leading to a lower viral load, and perhaps the receptor for SARS-CoV-2, the angiotensin-converting enzyme 2 receptor, is expressed differently in the respiratory tract of children compared to adults. As the pandemic progresses, we expect to learn more from data being published.

Some Epidemiology
• In a case series of >2000 children from China, there was no statistically significant difference in incidence between girls and boys; another case series reported a higher COVID-19 case rate in boys (61%) compared with girls (39%)
• It appears that children are less affected by COVID-19 than adults. This could reflect a lack of widespread availability for SARS-CoV-2 testing or the fact that children are less likely to be tested due to milder disease.
• Coinfection of SARS-CoV-2 and multiple respiratory pathogens can occur in children
• Children account for 1 to 5 percent of diagnosed COVID-19 cases.

Symptoms and signs in children

In case series of >2000 children from China:

• 4% of virologically confirmed cases had asymptomatic infection [this rate could be underestimating the accurate scale of asymptomatic infection because many asymptomatic children are unlikely to be tested. On the other hand, children with congenital and chronic diseases are living longer in the US, which means we might have a larger population that is potentially vulnerable to symptomatic and severe disease]
• Among symptomatic children, 5% had dyspnea or hypoxemia, and 0.6% progressed to acute respiratory distress syndrome.
• Some children presented with only gastrointestinal symptoms
• It appears that children generally have a significantly milder disease

One caveat about this observational study:
• Out of the 2135 cases, 66% were “suspected cases” (not test confirmed) defined as a child who was exposed to COVID-19 within the last 2-weeks, or lived in an epidemic area, had 2 of the following conditions: (1) fever, respiratory, digestive symptoms (eg, vomiting, nausea, and diarrhea), or fatigue; (2) laboratory test white blood cell count was normal, decreased, or had a lymphocyte count or increased level of C-reactive protein; or (3) abnormal chest radiograph imaging result. Children often get sick multiple times per year with many of the above findings, completely unrelated to COVID-19 – could some of these “suspected cases” have had symptoms caused by other viral illnesses?

In a US case-series (n=296) the most common symptoms in children were:
• Fever (56%), Cough (54%), and Shortness of breath (13%)
• Less common symptoms: myalgia, fatigue, sore throat, rhinorrhea, nasal congestion, headache, diarrhea, and vomiting
• 73% of pediatric patients had symptoms of either fever, cough, or shortness of breath compared with 93% of adults aged 18–64 years 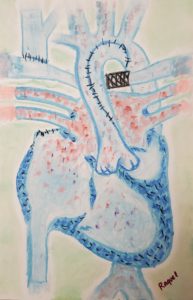 In young infants, SARS-CoV-2 can cause fever without any other manifestations, including respiratory symptoms and signs. A 3-week old baby boy who tested positive for SARS-CoV-2 and developed hypercarbic respiratory failure. He had an otherwise negative sepsis workup.

Deaths in children with COVID-19
Although severe cases of COVID-19 in children, including fatal cases, have been reported, most children appear to have a mild or moderate disease and recover within one to two weeks of disease onset. 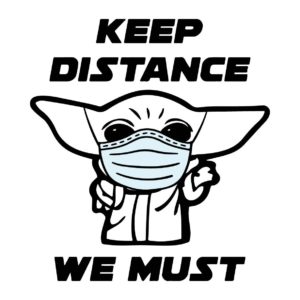 Many of these risk factors are similar to adults. But while much of the conclusions about risk may be extrapolated from adults, children still appear to be affected differently than adults, and this is probably a good reason why more widespread testing, especially in children, may be a good idea, particularly as we look toward the fall and reopening of schools.