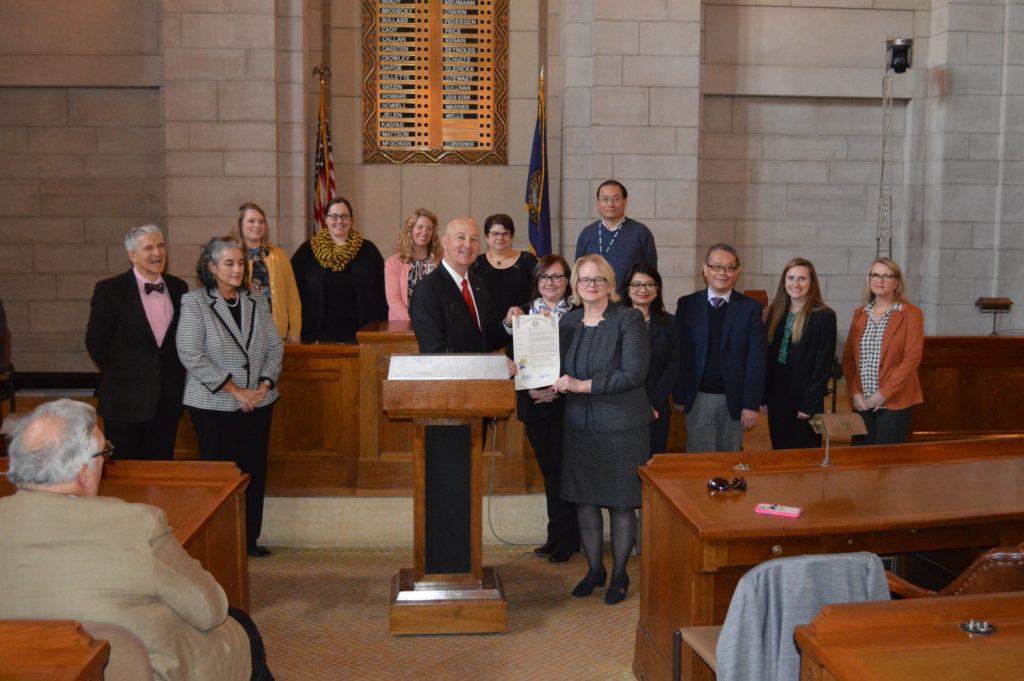 In recognition of this annual observance, Governor Pete Ricketts signed a proclamation on November 4, 2009 in the State Capitol designating November 18 to 24 Antibiotic Awareness Week in Nebraska.  Dr. Maureen Tierney, the head of the Healthcare Associated Infections and Antimicrobial Resistance (HAI-AR) Team within Public Health at the Nebraska DHHS, delivered a brief statement during the signing ceremony.  She remarked that antibiotics are critical and life-saving tools for combating common and serious infections but at least 30% of outpatient antibiotics are prescribed unnecessarily (contemporary estimates suggest that more than half of antibiotics prescribed in the outpatient setting are inappropriate).