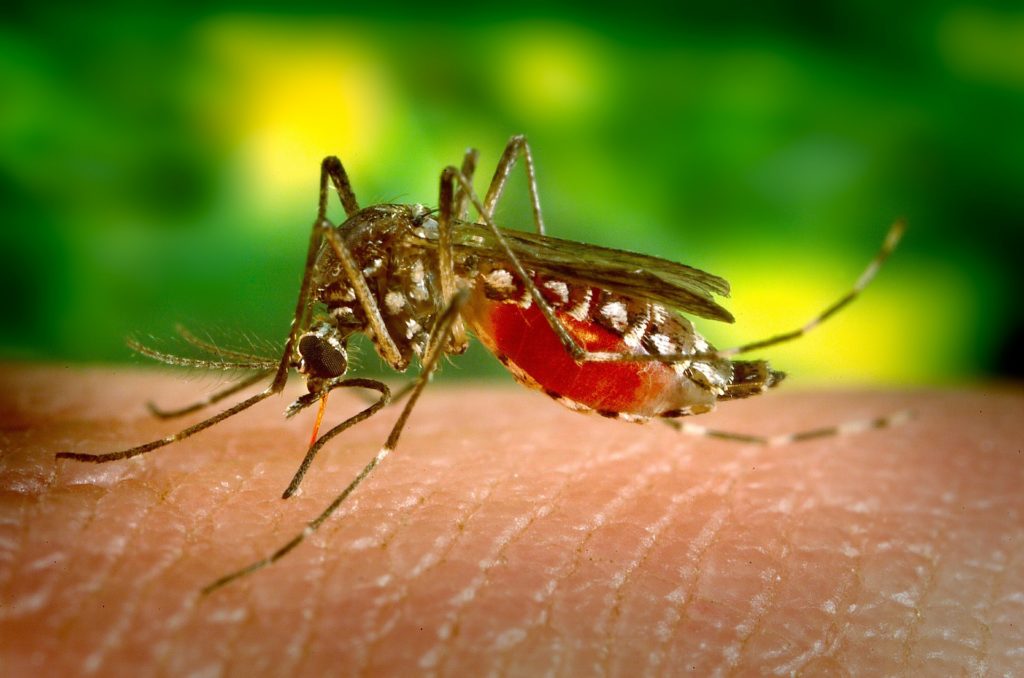 As we get further into the summer, we are yet again nearing West Nile Virus season, and there are starting to be a few cases reported nationwide. Our senior ID fellow Dr. Lindsey Rearigh wrote an article outlining what to expect with West Nile Virus, how it is transmitted, diagnosed, and treated.

West Nile Virus (WNV) is a mosquito born illness that made its way to the United States in 1999.  The majority of cases are reported in the late summer, peaking from mid- August to September. Although WNV infections have been seen in all the contiguous United States, Nebraska is commonly at the epicenter for cases each year. In fact, Nebraska led the 2018 seasons with 251 total cases reported at the end of the year, including 124 neuroinvasive cases.

In general, birds harbor the virus and transmit the virus to mosquitos after the mosquitos has feed on the infected bird. WNV is most commonly spread to humans by the bite of a mosquito although can rarely be spread through blood transfusions and organ transplantation as well. WNV has not been demonstrated to spread directly from human to human via touch, saliva or other bodily fluids.

Symptoms range from asymptomatic to fevers and neurologic manifestations including meningitis, encephalitis and even flaccid paralysis. About 80% of people affected will be asymptomatic with only about one in 150 cases manifesting as neuroinvasive disease. Symptom onset is seen approximately 2 to 6 days following mosquito exposure, but can be seen up to 2 weeks after a bite in the immunocompromised population.  If symptomatic, the elderly are generally more severely affected with a demonstrated increased overall incidence of neuroinvasive disease peaking for those greater than seventy years old.

Diagnosis is typically made via serologic testing for immunoglobulins in the blood. If neuroinvasive disease is suspected cerebral spinal fluid (CSF) should be collected and tested for the immunoglobulins as well. IgM for WNV is usually detectable within 3 to 8 days from illness onset and can stay positive up to 30 to 90 days after initially detected, sometimes longer. IgG for WNV will persist for even longer than IgM even up to years after initially positive, meaning testing positive for IgG alone would not be sufficient evidence to diagnosis an acute infection either in the blood or in the CSF.

Treatment is aimed at symptomatic care with therapies such as high dose steroids and plasmapheresis demonstrating variable improvement in patient outcomes. Time to complete recovery is variable from weeks to months in some cases, and can even leave some permanent neurological affects in the patients most severely affected. There is no vaccination available, so education on prevention is of the utmost importance. Avoidance is key, staying indoors at dawn and dusk when mosquito activity is high and if you are outdoors during those times, wearing long pants and sleeves are recommended. Insect repellant approved by the EPA is also important in efforts to avoid mosquito bites and in general is recommended to be worn over clothing for maximal effect.

Want to find out exactly how many cases of WNV have been reported across the country? Check out the statistics here and here.

The CDC also has a comprehensive resource for more information on WNV.

One thought on “Going Viral with West Nile  ”