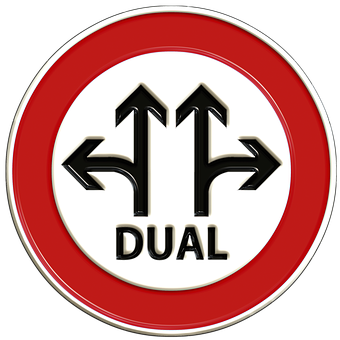 Currently, triple therapy regimens constituted with a two nucleoside reverse transcriptase inhibitor backbone and anchored by an integrase inhibitor has been the standard treatment for HIV infection. However, these conventional therapies are being challenged due to their long-term side effects. Dual therapy regimens were recently introduced with the first comprising of dolutegravir (DTG)/rilpivirine (RPV). The combination was approved under the trade name JULUCA® in the setting of antiretroviral therapy (ART) switch cases for maintenance of viral suppression. Current trials are ongoing to support dual therapy for patients who are treatment naïve or experienced. DTG 50mg paired with lamivudine (3TC) 300mg has been introduced as a potential option for dual therapy. The agents of interest offer an array of advantages when compared to the conventional triple therapy.  DTG is a potent agent exhibiting a high genetic barrier to drug resistance and 3TC offers a complimentary agent with low toxicity. In addition, the potential for drug-drug interactions is minimal with DTG/3TC.

A number of studies have released data in which they assess the practicality of dual antiretroviral therapy with DTG/3TC.  Below, is a summary of such studies:

PADDLE Trial4: A pilot, non-blinded, non-randomized, non-parallel, 48 week trial in Argentina. This trial enrolled 20 patients that were naïve to ART, viral loads ranging from 5,000 to 100,000 copies/mL and CD4+ greater 200cells/mm3. The participants in this trial were primarily assessed to see the rate of success at achieving HIV levels of 50 copies/mL or less at 48 weeks. At 48 weeks, 18/20 (90%) patients reached the viral levels desired, including 4 patients with viral loads greater than 100,000 (albeit to protocol). Additionally, safety and efficacy of this dual therapy was analyzed in this trial. Only one protocol failure developed; however, participants achieved levels less than 50 copies/mL from Week 4-24 and developed no resistance to any of the agents.

ASPIRE Trial3: A pilot, open-label, randomized, parallel, multicenter, 48-week clinical trial that enrolled 90 treatment experienced patients. The HIV RNA viral loads ranged from undetectable to less than 50 copies/mL and CD4+ greater than 200/mm3. The primary objective of this study was to assess the possibility of using DTG/3TC as maintenance therapy, compare the rate of failure in both arms, and establish non-inferiority to conventional ART. The rate of failure was similar in both arms with 3/44 (6.8%) patients in DTG/3TC and 3/45 (6.7%) in the triple ART arm developing protocol defined failure. Participants with treatment failure were further examined and found to have no drug mutations that would confer resistance to treatment.

LAMIDOL5: A pilot, open-label, single-arm (non-parallel), multicenter, 48 week trial primarily set in France. This study enrolled 110 patients who needed to have plasma HIV RNA less than 50 copies/mL for more than 2 years and CD4 count greater than 200/mm3. The study was designed so that participants would have an 8 week lead-in with triple therapy then switch to dual therapy. At Week 48, analysis was performed to see the proportion of participants who achieved therapeutic success (HIV RNA less than 50 copies/mL). At Week 48 the study results showed 101/104 (97%) participants had achieved therapeutic success.

ACTG A53536: A phase 2, single-arm, open-label study in United States that enrolled 120 ART naïve participants to be assessed at Week 52. The study required participants to have viral loads (VL) between 1,000-500,000 copies/mL and there were no restrictions in regards to CD4+ cells. The study’s primary end-point was to assess virological success (<50copies/mL) at Week 24 with safety and tolerability being secondary. At Week 24, 108/120 (90%) achieved virological success. As part of the secondary results, 10/120 (8.3%) experienced adverse effect although no participants discontinued the study due to adverse effects. This study was the first one to provide unique information about the feasibility of viral suppression. Additionally, DTG/3TC was efficacious at suppressing virus despite large zenith viral loads and it was the first study that showed the development of viral resistance (M184V, 106I, 263K). 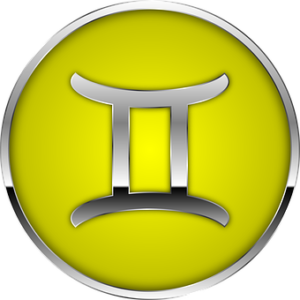 GEMINI I1 and GEMINI II2: Two, nearly identical large phase III, randomized, double-blinded, multinational, multicenter, parallel studies that enrolled 719 and 722 ART naïve participants. The primary purposes of these studies were to assess the percentage of subjects with viral loads between 1,000-100,000 copies/mL and CD4>200/mm3 who achieved viral suppression (HIV VL<50 copies/mL) at Week 48. Preliminary results for these trials are expected to be released in the summer of 2018 and study completion is scheduled for March 2020.

In conclusion, dual ART comprising of DTG/3TC is a potent, safe, and to some extent cost-effective therapy when compared to conventional triple ART therapy.  Based on the current data available, dual therapy with DTG/3TC provides an intriguing option for those patients with exclusionary reasons to not use a regimen containing either abacavir or tenofovir and already exhibit a high level of medication adherence in either naïve or treatment experienced patients.  While the highlighted studies have shown optimistic results for ART naïve and experienced patients, results from trials with a larger sample size is needed.  Additionally, use of DTG/3TC in patients with archived drug resistance has yet to be explored.