Even after Thanksgiving, it’s still not too late to get your FLU SHOT! 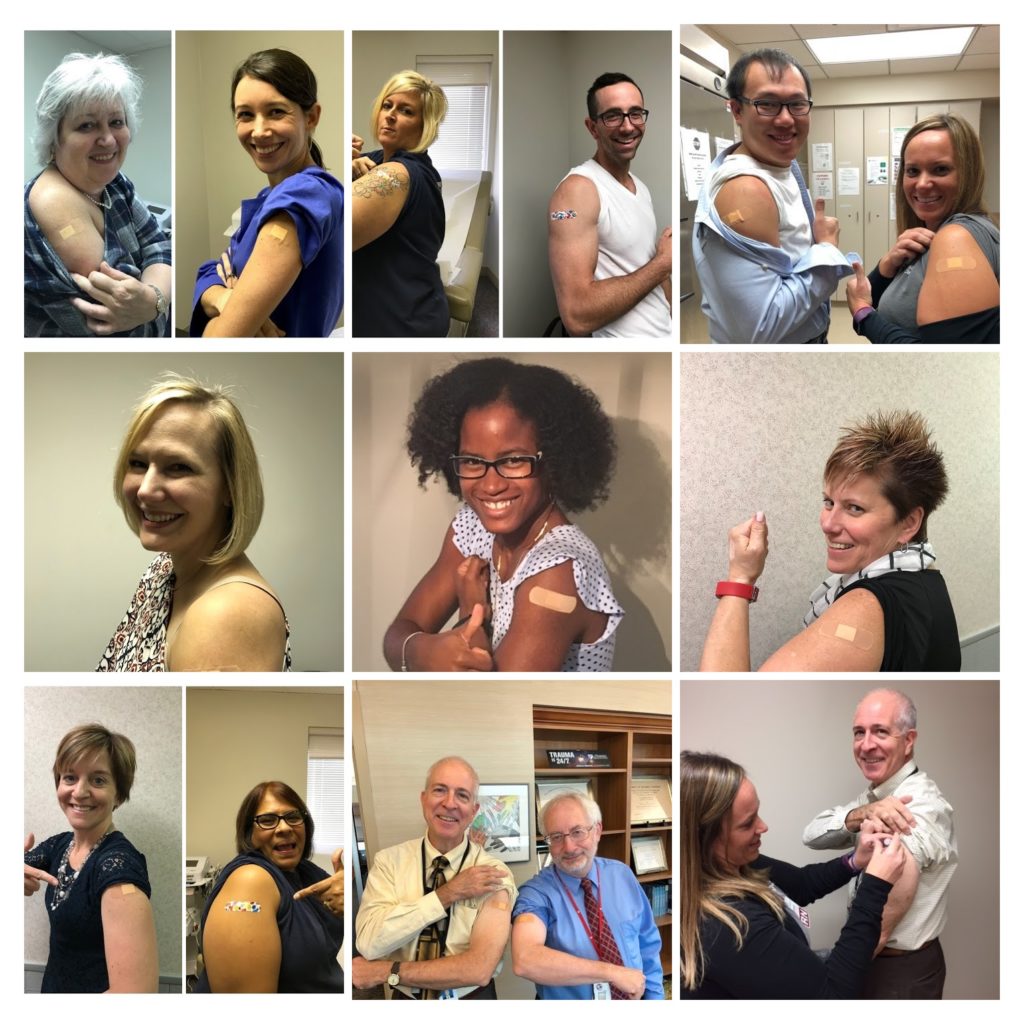 UNMC Division of Infectious Disease gets their Flu Shots!

It’s already the day after Thanksgiving, but believe it or not, it is still early in the flu season! The Douglas County Department of Health has been recording influenza cases since the beginning of the flu season, designated as October 1, 2017.  To date, there have been 96 laboratory confirmed influenza cases in Douglas County.  This is more than was reported for the same time-period in the previous two influenza seasons. Learn more about influenza reporting in Nebraska here. Over 50% of hospitalizations for influenza-like illnesses were in patients under the age of 4 or over the age of 65 (the most vulnerable populations). Only 1 death has attributed to influenza in the state of Nebraska.

In September, Dr. Mark Rupp (Chair of the Division of Infectious Diseases and Medical Director of the Nebraska Medicine Department of Infection Control & Epidemiology) shared some information on this blog about this year’s flu vaccine and our institutional efforts to vaccinate our employees and students to protect our patients and each other. Already at UNMC/Nebraska Medicine, we are approaching our target of >90% compliance for multiple employee groups across campus; currently we have recorded >85% compliance among employees on inpatient units, and expect to see a significant uptick in compliance in the coming weeks.

The peak of the flu season is expected between December and March, so it is still not too late to get your flu shot! 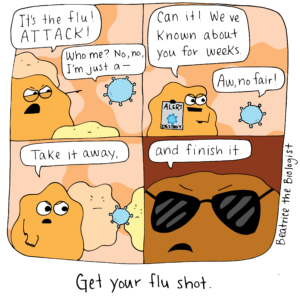 Special thanks to members of the UNMC ID division who submitted their post-flu shot photos!