Intra-abdominal abscesses – do we REALLY need to know every organism in there?

This is a review of a recently published article. 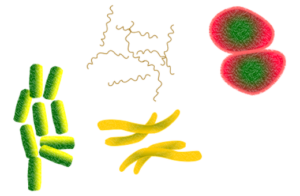 Most intra-abdominal abscesses are polymicrobial. Sometimes aerobic organisms are identified from culture, but often anaerobic organisms do not grow on conventional culture media, especially when patients have received prior antibiotics. This knowledge often leads to broad-spectrum antibiotic therapy including anaerobic coverage.

The authors proposed that culture-independent 16S rRNA sequencing can be used to identify bacteria within intra-abdominal abscesses independent of culture data. They used de-identified clinical specimens from intraabdominal abscesses.  They obtained gram stain and culture of all specimens, and used 16s rRNA Illumina Sequencing to amplify a particular hypervariable bacterial region. 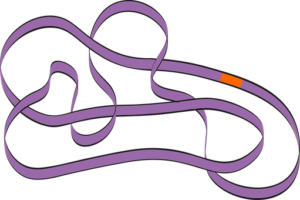 They included 26 samples with amplification products and deep sequenced them.  8 of these samples were gram stain and culture negative, and while these had lower microbial diversity, bacterial sequences revealed a predominance of streptococci, B. fragilis and gram positive anaerobic cocci.

An interesting clinical relevance of this: a perihepatic culture had monomicrobial growth of Coagulase-negative staphylococcus, but the sequencing revealed the dominant organism to in fact be Enterococcus faecium. This discrepancy would have significant clinical implications for choice of therapy, especially in the context of a potential vancomycin-resistant enterococcus. The polymicrobial culture samples on the other hand, were a mish-mash of organisms on sequencing; anaerobic cultures predominated, with minority aerobic organisms growing on culture. 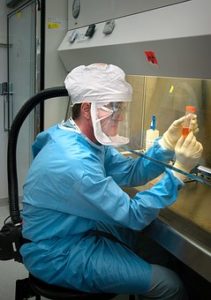 The biggest limitation is that with the samples being de-identified, there is no patient-level antimicrobial history data to correlate and account for culture growth. We also don’t have treatment and outcomes data after the cultures were obtained, so it is not clear whether or not the targeted therapy for a monomicrobial abscess culture resulted in clinical cure; in which case, what difference does it make to know about these other organisms?

Knowledge of the complete biodiversity of organisms within an abscess may result in narrowed therapy, however it could also result in prolonged broad spectrum therapy, as prescribers try to chase all of the organisms identified on PCR. Ultimately, proposing this as a culture-independent modality may be risky given the inability to perform antibiotic susceptibility testing on the result; but there may be some utility for this in situations where cultures are negative.