BLASTing Inappropriate Allergies out of the EMR with Antimicrobial Stewardship 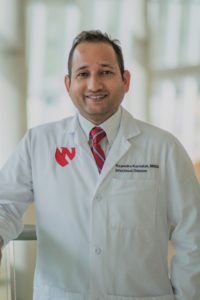 Beta-Lactam Allergy Skin Testing (BLAST) is a multicenter, prospective study conducted in three centers in Toronto, Canada. In this study, the investigators evaluated the feasibility of point of care beta-lactam allergy skin testing as an ASP activity. There were 3 major objectives of this study: 1) Feasibility of point of care BLAST as an antimicrobial stewardship activity 2) Impact of BLAST on the use of beta-lactams and 3) Impact of BLAST on overall patient clinical outcomes.

At all 3 centers BLAST was performed by ASP teams consisting of an infectious disease physician and antimicrobial stewardship pharmacists. ASP teams at each hospital received drug safety training and hands on training sessions with an Allergist on how to perform and interpret BLAST.  During the study period a total of 827 patients with reported allergy to beta-lactams were reviewed by ASP/ID service; in 76% of these patient’s beta lactams were considered preferred agents.

Based on the beta-lactam allergy history 50% of the patients received preferred beta-lactam agents during the baseline period. This number was increased to 60% during intervention period by careful evaluation by ASP team by history alone (P = .02). During the intervention period after implementation of BLAST, use of preferred beta lactam therapy further increased to 81% (P < .001).  The authors concluded there were 4.5-folds higher odds of receiving preferred beta lactam therapy after implementation of BLAST without increase in side effects (95% CI, 2.4–8.2; P < .0001). During the intervention period use of agents with higher risk for C difficile infection such as fluoroquinolones and carbapenems decreased more than half (28% vs 13%; P < .0002) and penicillin use tripled (11% vs 32%; P < .0002).

Although this study was underpowered to evaluate overall clinical outcomes in term of mortality and cost between two groups, investigators were able to demonstrate feasibility of BLAST as an ASP activity. Potential for reducing the use of fluoroquinolones and carbapenems to more than half demonstrates need for a wider integration of BLAST in ASP.

Patients hospitalized in intensive care units (ICU) can have an 8-times higher likelihood of negative histamine control testing.  Given that 25% of their patients were in the intensive care unit (ICU), it was surprising that this study described such a low percentage (4%) of histamine control-negative individuals. It would be interesting to know if the results are as beneficial in ICU settings with higher rates of negative controls, as this might potentially be a group of patients where targeted testing and use of beta-lactams appropriately may have more clinical impact.

Despite the fact that ASPs are being widely mandated in the United States, there is limited availability of expertise in Allergy and BLAST. Implementation of BLAST as a stewardship activity could provide a much-needed solution to this problem, and by including both academic and community hospitals in their study, the authors have demonstrated that it is feasible. Others have also demonstrated integration of BLAST into ASP, with involvement of pharmacists and ID fellows. Despite its benefits, BLAST is labor-intensive and needed an hour per intervention during this study. Therefore, resources to support BLAST as an ASP activity will need to be addressed before such changes can be implemented.

Editorial Food For Thought: The authors included community and academic hospitals, but all three hospitals are teaching institutions. In truly resource-limited settings like rural non-teaching hospitals, critical access hospitals or those in developing countries, is the benefit worth the expenditure of personnel, materials and time required for this to be successful? 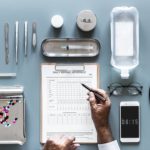 Given the improvement in use of beta-lactams with just more intensive allergy history-taking, is the cost-effective solution simply just doing a better job at allergy review? In many patients it is difficult to ascertain whether the “allergy” (even if real) could really be IgE-mediated, and in this case, BLAST seems to be an ideal solution. One clinical situation where we have clear evidence of differences in clinical outcomes with beta-lactams vs alternatives is S. aureus bacteremia; are these the targeted clinical syndromes where BLAST would be most cost-effective, especially in a resource-limited setting? 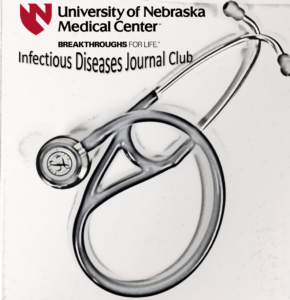