SAHP to Lead Both Student and Faculty Senates 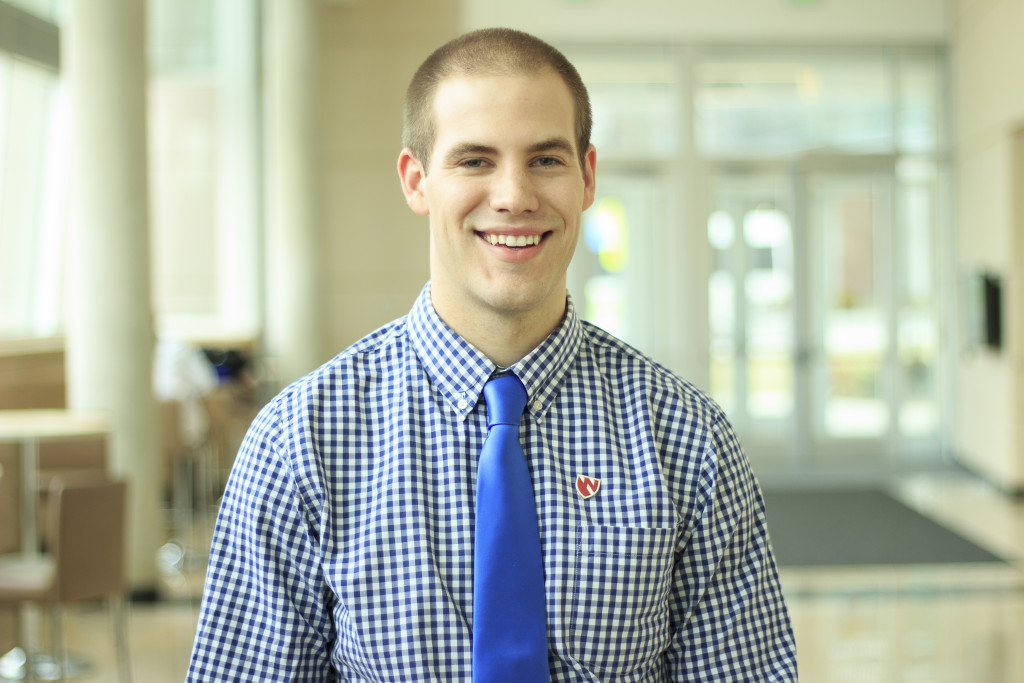 For the first time, representatives from the School of Allied Health Professions will lead both the student senate and the faculty senate.

Second-year physical therapy student, Andrew Shaw, BS, CSCS, was elected President of the Student Senate and will also serve as UNMC Student Regent. His term will be from April, 2015 till April, 2016.

Andrew is primarily interested in pursuing orthopedic and sports physical therapy after graduation. Originally from Lincoln, he received a Bachelor of Science in Nutrition, Exercise and Health Science from UNL.

“I’m truly excited to take over in the President role for next year,” Andrew said. “My primary goals for Senate, at this point, would be to assist in refining IPE education, increase the effectiveness of the utilization of technology and new teaching models, and aid in the formation of programs to acquire transferable skills.”

Darwin Brown, MPH, PA-C, Assistant Professor and Clinical Director for the physician assistant program, is president-elect of the Faculty Senate and will also serve as the faculty representative to the Board of Regents. His presidential term will run from June 2015 to June 2016.

Brown has been at UNMC since 1986 and is a valued faculty member.

Mike Huckabee, PhD, director of the PA program, said, “Darwin has a wealth of historical perspective from his years with UNMC, and he is gifted in listening well and carefully considering all sides of issues. We’re grateful to have his leadership and look forward to his navigation of the faculty senate during this significant era of health care reform.”

One thought on “SAHP to Lead Both Student and Faculty Senates”