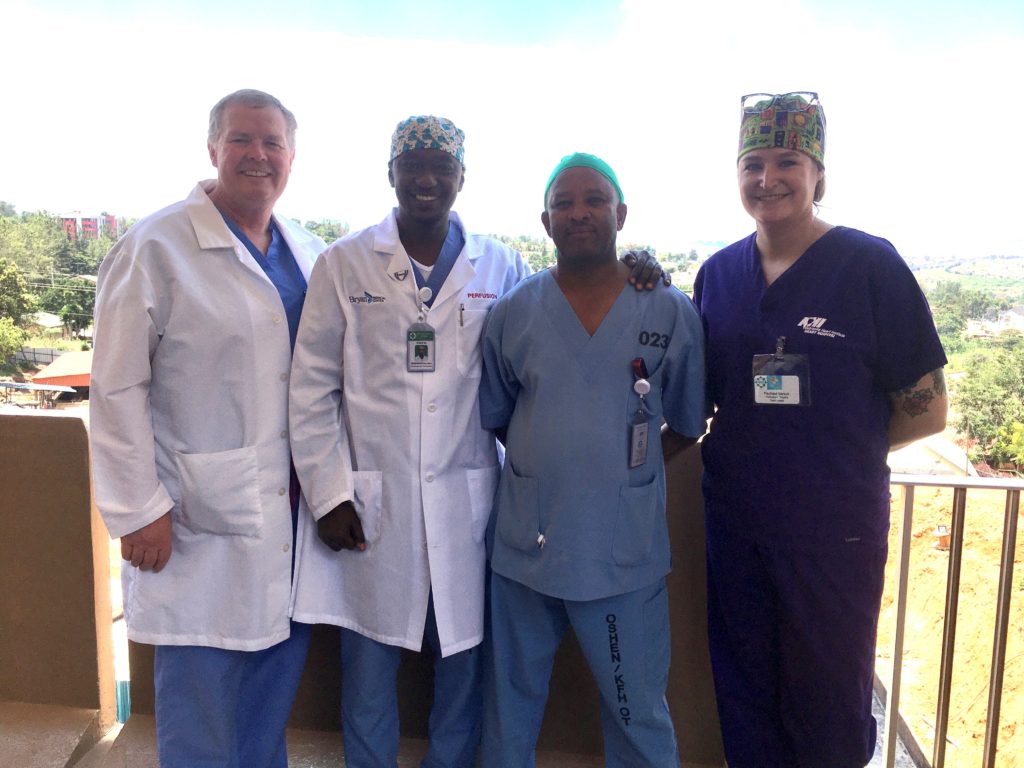 A team from Bryan Medical Center, Lincoln, NE have been part of a mission trip to establish a heart program in Rwanda. The two perfusionists involved are both UNMC alumni (Rachael Saniuk, a traditional graduate from 2010 and Dan Anderson, a Degree Advancement Option alum from 2012).

Rachael described it as an awesome trip.

“The windows in the OR open to the outside and it’s an open air hospital,” she said. “Peter Is a lab tech and perfusionist. Emmanuel is the anesthesia manager and perfusionist. I’m so proud because this year they showed eagerness to do this on their own. Both were trained in India and do not get regular practice. In India they weren’t allowed to pump cases, only watch.”

Rachael made pump checklists for the trainees and led them to the UNMC perfusion website for the CEU activities offered. Dan has a variety of resources for them to utilize as well.

The team plans to return four times this year for consistency, instead of the usual once per year.

This is an article with more about the program: Rwandans to independently handle open heart surgeries.