Perfusion degree is culmination of long journey for Ralph Abalo 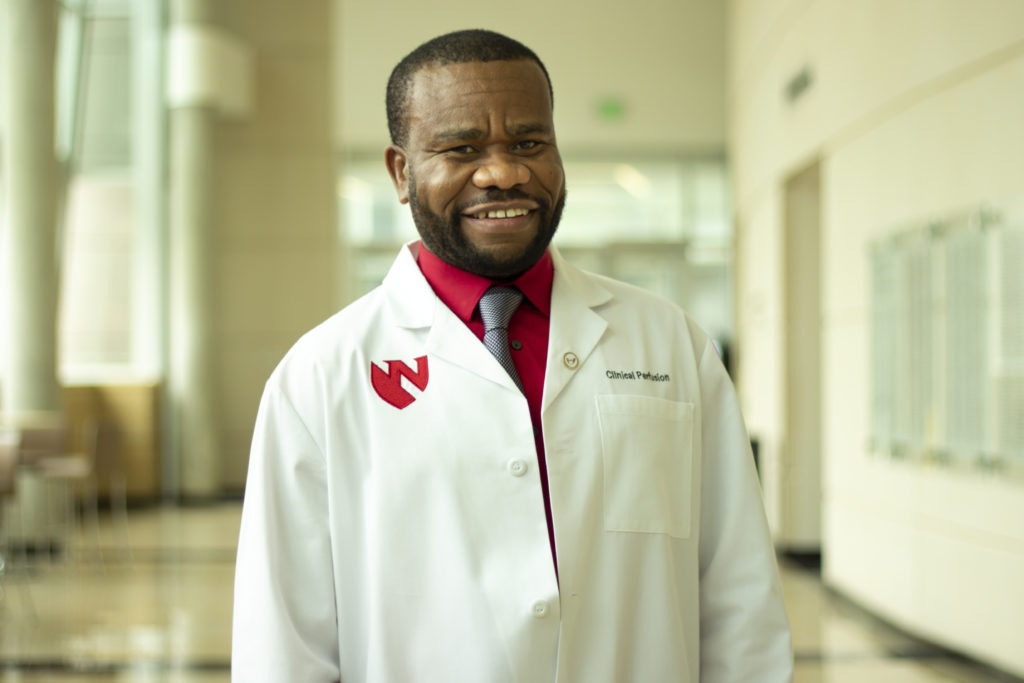 Ralph Abalo, who will graduate Saturday with a master of perfusion science degree from the College of Allied Health Professions, has a story of how he got here. It began on May 22, 2004. He knows the exact date, because that is when he first came to the United States.

“It’s a blessing not given to everybody,” he said.

He came from the nation of Togo in west Africa. He came to play soccer at Bellevue University. But he blew out his knee before his Bruins’ career even began, underwent surgery, went home. And then he came back. This time with academics as his top priority.

Without a soccer scholarship, he took a job working in environmental services, here at the medical center. He cleaned patient rooms and clinical areas. He started to think about a career in health care.

Running late to an environmental services staff meeting one day, he bumped into Nebraska Medicine executive Marty Carmody, who now lives in Michigan. Not long after their chance meeting, Carmody was at his daughter’s youth soccer game and was impressed by how the referee diffused a potentially volatile situation. It was Abalo! Carmody approached him after the game — Abalo worked at the med center, went to school, and now soccer games, too?

He also was blessed with an American wife, Blythe, and they had an American son, Richmond. Then, Abalo became an American, too. He became a U.S. citizen in 2011.

Currently, he’s getting soccer balls and school supplies to the kids of his old hometown, all while juggling the responsibilities of work, family, and, oh, yes, another health professions degree.

His parents can’t make his UNMC graduation. But his American family, his in-laws, will be there.

It is the end of one story. But the beginning of another. He is determined the children of Togo won’t have to come to America to be successful. But, he is so happy that he has.