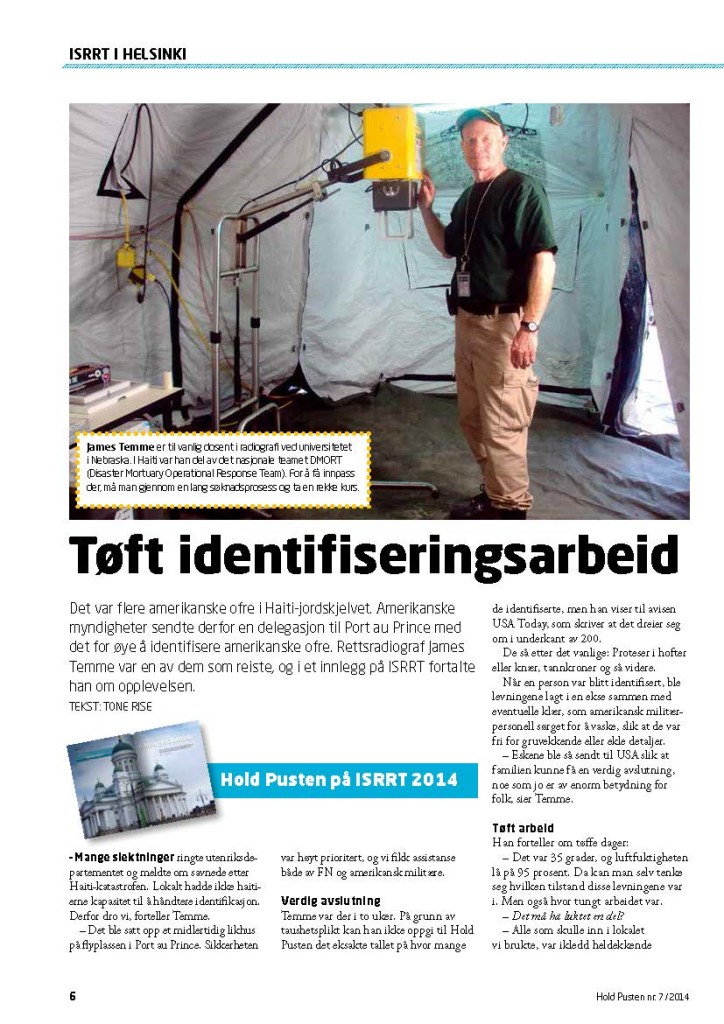 “Hold your breath” is the English translation for the Journal of the Norwegian Society of Radiographers, Hold Pusten. That’s what radiographers tell you to do when they position you for an X-ray.

James Temme, MPA, RT(R)(QM), associate director of radiation science technology education (RSTE), and Charles R. O’Malley Endowed Chair, was featured in an interview article in the journal after he presented last year at the International Society of Radiographers and Radiological Technologists (ISRRT) World Congress in Helsinki, Finland, about his work in Haiti following the earthquake.

Using Google Translate, I was able to read the article, which begins:

“There were several American victims in the Haiti earthquake. US authorities, therefore, sent a delegation to Port au Prince to identify American victims. Radiographer James Temme was one of those who went, and in a post on ISRRT he told about the experience.” Full article>>