UNMC’s history of support for training PAs in military 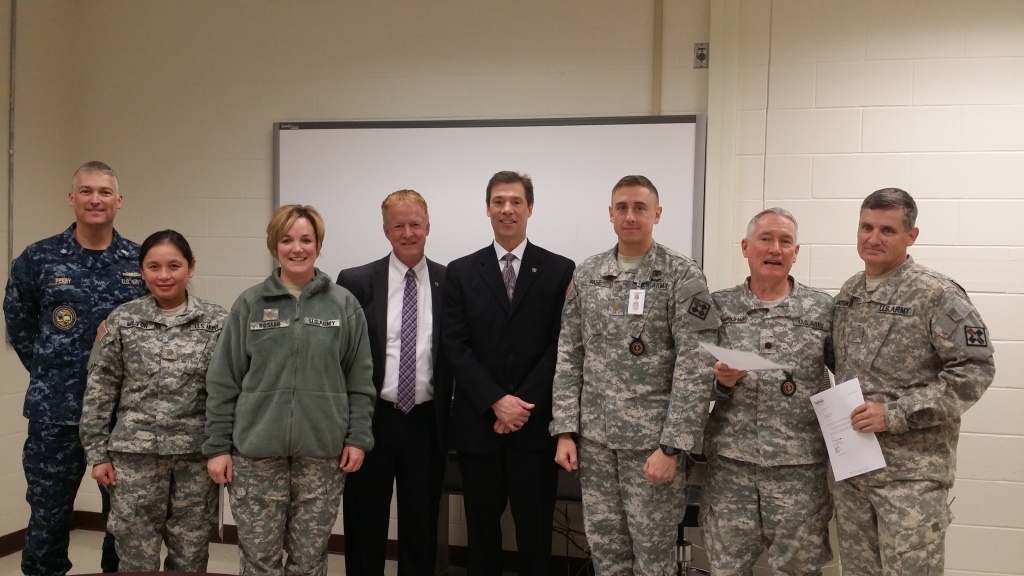 UNMC is proud to have a number of U.S. military veterans among its faculty, staff, students and alumni.

But that number is far greater than most of us know, thanks to more than 2,000 military physician assistants who have earned their PA degrees from UNMC through the Interservice Physician Assistant Program (IPAP).

The College of Allied Health Professions’ PA program has a long history of supporting the training of PAs in the military. In 1972, UNMC established an agreement with the U.S. Air Force to award degrees to graduates of the Air Force physician assistant training program at Sheppard Air Force Base.

In the mid-1990s, the program expanded to add members of the Army, Navy and Coast Guard branches of the military, as the Interservice Physician Assistant Program (IPAP). Since that time, UNMC has had more than 2,300 IPAP graduates, said Maggie Winnicki, director of student services in the College of Allied Health Professions.

IPAP students are active duty, active reserve or National Guard military. After a year-long didactic phase at Fort Sam Houston, Texas, students are assigned to clinical rotations spanning across 22 different military locations, including Offutt Air Force Base. At the end of the 29-month program, graduates are commissioned as officers and awarded a Master of Physician Assistant Studies (MPAS) degree from UNMC.

“It is a privilege to have this collaborative relationship with IPAP as we are able to exchange best practices and sharpen each other, not as competitors but as friends,” said Michael Huckabee, Ph.D., director of PA education and assistant dean of clinical affairs for the College of Allied Health Professions.

“We are extremely proud of our long-standing relationship with the U.S. military,” said Kyle Meyer, Ph.D., dean of the CAHP. “Through it, UNMC has made a significant contribution to health care for our military personnel, as well as the advancement of the careers of military physician assistants.”

The Journal of the American Academy of Physician Assistants reports that only Saudi Arabia and Canada have similar PA programs for their defense forces. Based on the success of the IPAP, in 2008 at the request of the Canadian Department of National Defence, the CAHP and its PA program established a collaborative agreement to also confer degrees to graduates of the Canadian Forces Medical Service School at the Canadian Forces Base Borden, in Ontario, Canada.