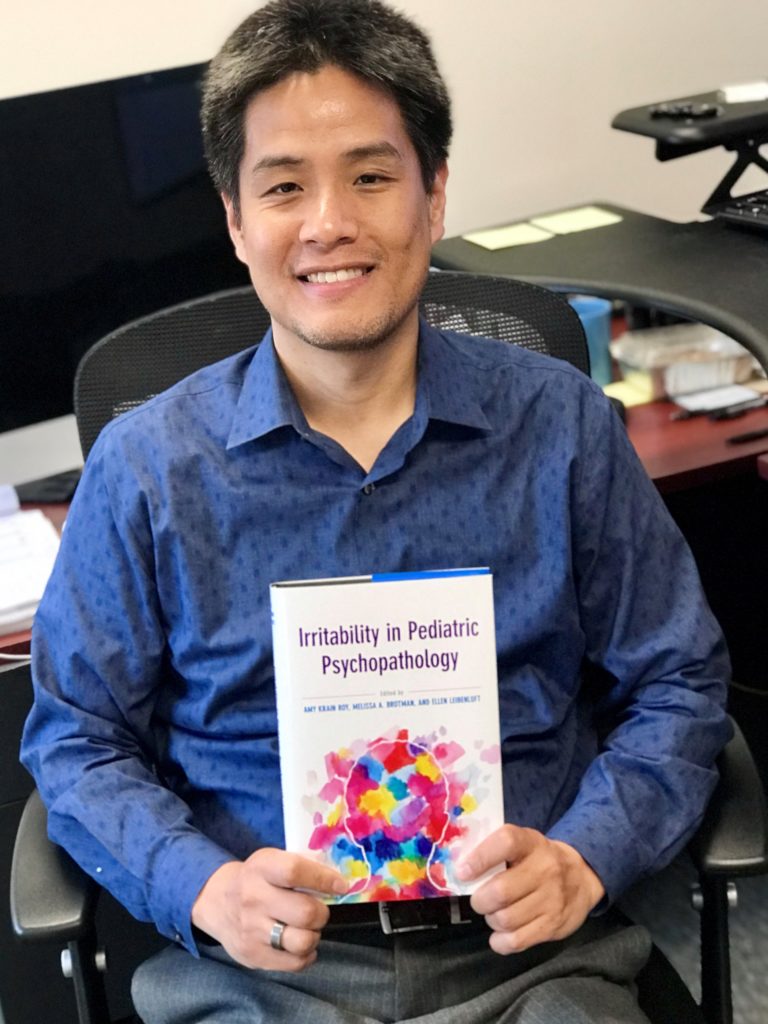 Dr. Soonjo Hwang wrote a chapter in the new book “Irritability in Pediatric Psychopathology.” The book was released through Oxford University Press on May 9.

Dr. Hwang said the book discusses irritability in the child population, summarizes the new findings and discusses the next steps child psychiatrists and other healthcare providers should take.

“We’re talking about children who become easily frustrated, go to anger outburst quickly with temper tantrums, or have a hot temper,” Dr. Hwang said. “This chapter was especially about what we call irritability, and it relates to various diagnoses in disruptive behavior, such as conduct disorder, oppositional defiance disorder, and ADHD.”

As research director of the UNMC Department of Psychiatry, Dr. Hwang has been working on a project studying the effects of oxytocin on children and adolescents with irritability.

“The No. 1 reason kids come to see a psychiatrist is because of irritability or, more broadly, aggressive behavior and anger outbursts. It’s a very common prevailing issue in most communities,” Dr. Hwang said. “Unfortunately we don’t have good tools to treat them. There are behavioral interventions and medications, but none of them are great or excellent, so it’s important to come up with better tools to help them, and that’s where the research comes in.”

Dr. Hwang has contributed chapters to five different books. In his earlier works, Dr. Hwang has touched on subjects such as school bullying and autism.