How Dr. Lyubchenko’s lab invited the dean to a pizza party 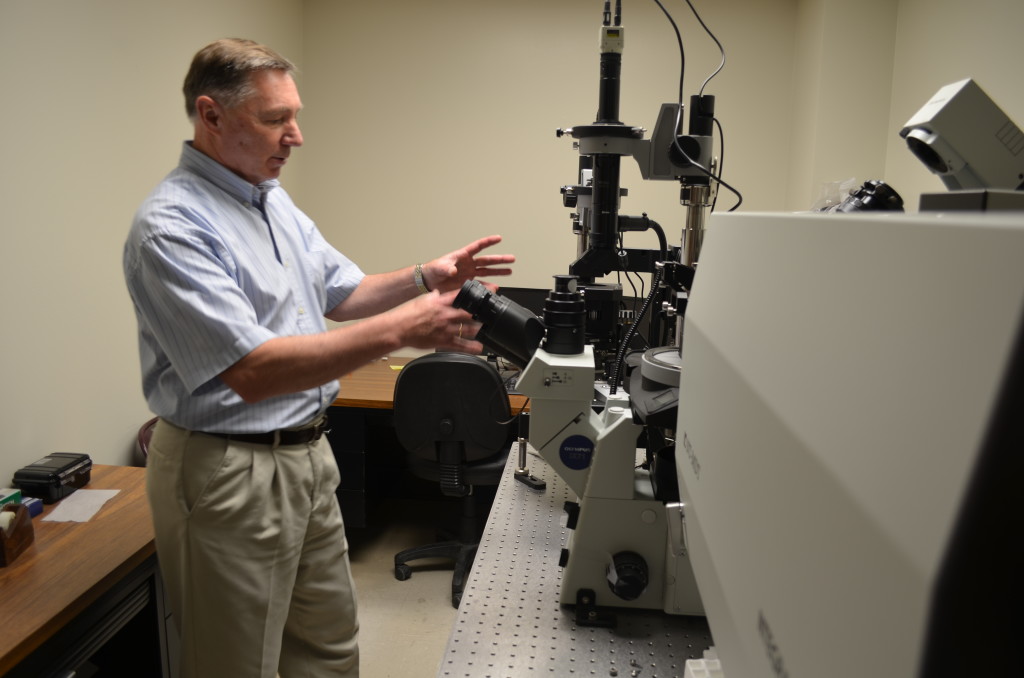 Yuri Lyubchenko, Ph.D., professor of pharmaceutical sciences in the College of Pharmacy, said this quietly, almost with wonder: “It has been a really good year.”

But it’s not luck. Both grants were awarded upon first submission, a rarity.

And Dr. Lyubchenko just received word that another NIH grant application of his was passed through for funding without debate. Its start date is set for Dec. 1, pending approval of the NIH budget.

That would be three significant grants in one year.

“But if there is no basic science,” Dr. Lyubchenko said, “what can we translate?”

So he looks to the very beginnings of biological processes which lead to things like cancer and Alzheimer’s disease. If we can understand these most basic beginnings, then perhaps someday we can crack the code.

He’s especially passionate about his work related to Alzheimer’s.

“You can talk to cancer survivors,” he said. “But there are no survivors for Alzheimer’s disease.” 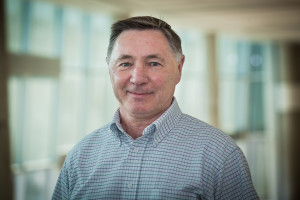 We at Public Relations prefer not to treat someone receiving a grant as news unto itself; rather, what is the science? What’s the story?

And UNMC Chancellor Jeffrey P. Gold, M.D., has said that research is not done when a grant is funded. Research is about changing peoples’ lives.

But when those changes are still years away, three significant grants mean you can keep working toward them. It means you’re doing something right.

Every researcher on campus is hoping to get the news they’ve got the grant that allows them to keep going.

Dr. Lyubchenko was in Washington, D.C., for a meeting and stepped out at a break to check his email. There, was a message from Congressman Brad Ashford. Congress oversees the NSF. Congratulations, the electronic letter said. You’ve got the grant.

It was a nice moment. It is great to get an email like that.

And when these big grants come in, do they celebrate? Is there a party?

“I brought a big pizza for the lab,” Dr. Lyubchenko said.

It’s funny, he continued. His dean, Courtney Fletcher, Pharm.D., had also asked how they planned to celebrate.

And then, Dr. Lyubchenko displayed the kind of intelligence and ingenuity that helps him crack codes, which won him all that funding in the first place.

“I invited him to join us,” Dr. Lyubchenko said.

Assembly of amyloid proteins is associated with a wide range of human pathologies termed protein misfolding or deposition neurodegenerative disorders, which include Alzheimer’s, Parkinson’s, and Huntington’s diseases. Despite this importance of protein assemblies with respect to toxicity as well as in normal physiological events, knowledge regarding the molecular mechanisms underlying proteins self-assembly is very limited. The proposed research will fill this gap. These studies have the strong potential to translate into specific approaches to control the aggregation process and to the development of new and innovative preventative strategies and treatments for protein misfolding diseases like Alzheimer’s disease.

Nanoscale Structure and Dynamics of Chromatin

Chromatin integrity is crucial for normal cell development. The cell division process is accompanied by the segregation of replicated chromosome, and chromatin centromeres, specialized segments of chromosomes provide the accuracy of the chromosomal segregation. If the centromere becomes damaged or removed, chromosomes segregate randomly disrupting the cell division process leading to development of cancer and other diseases. However, these structural details and the mechanism underlying their highly specific recognition remain uncertain. The studies in this project are expected to advance the knowledge of centromere chromatin structure at all levels of its organization and specifically to understand what structural features distinguish centromeres from other regions of chromosomes.

APOBEC3 (A3) proteins can provide innate immunity against HIV. They interact with nucleic acids, so dynamic properties of APOBEC3-viral nucleic acid complexes will increase understanding of the molecular mechanisms of HIV restriction with the existing innate mechanism of immunity of A3 proteins. Our research plan will provide knowledge on the stabilities and assembly process of APOBEC3 with nucleic acids, as well as information on how to control the stability of the A3-nucleic acid complexes. This fundamental knowledge will improve preventive and therapeutic treatments for HIV.
–Yuri Lyubchenko, Ph.D.

One thought on “How Dr. Lyubchenko’s lab invited the dean to a pizza party”