How the PR department “pulled one over” on Tom O’Connor 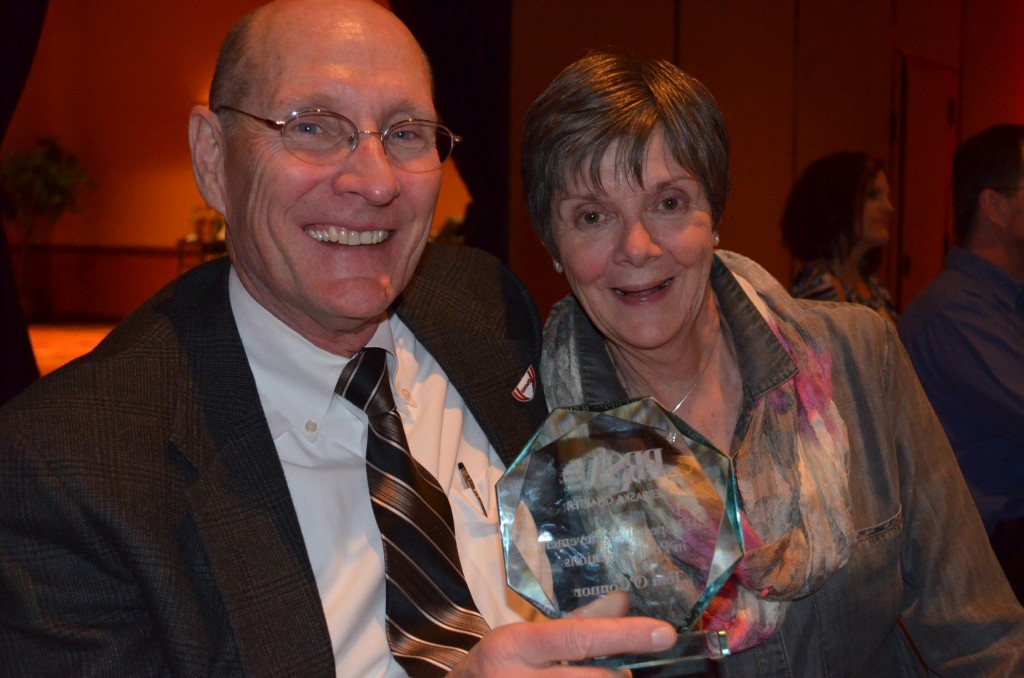 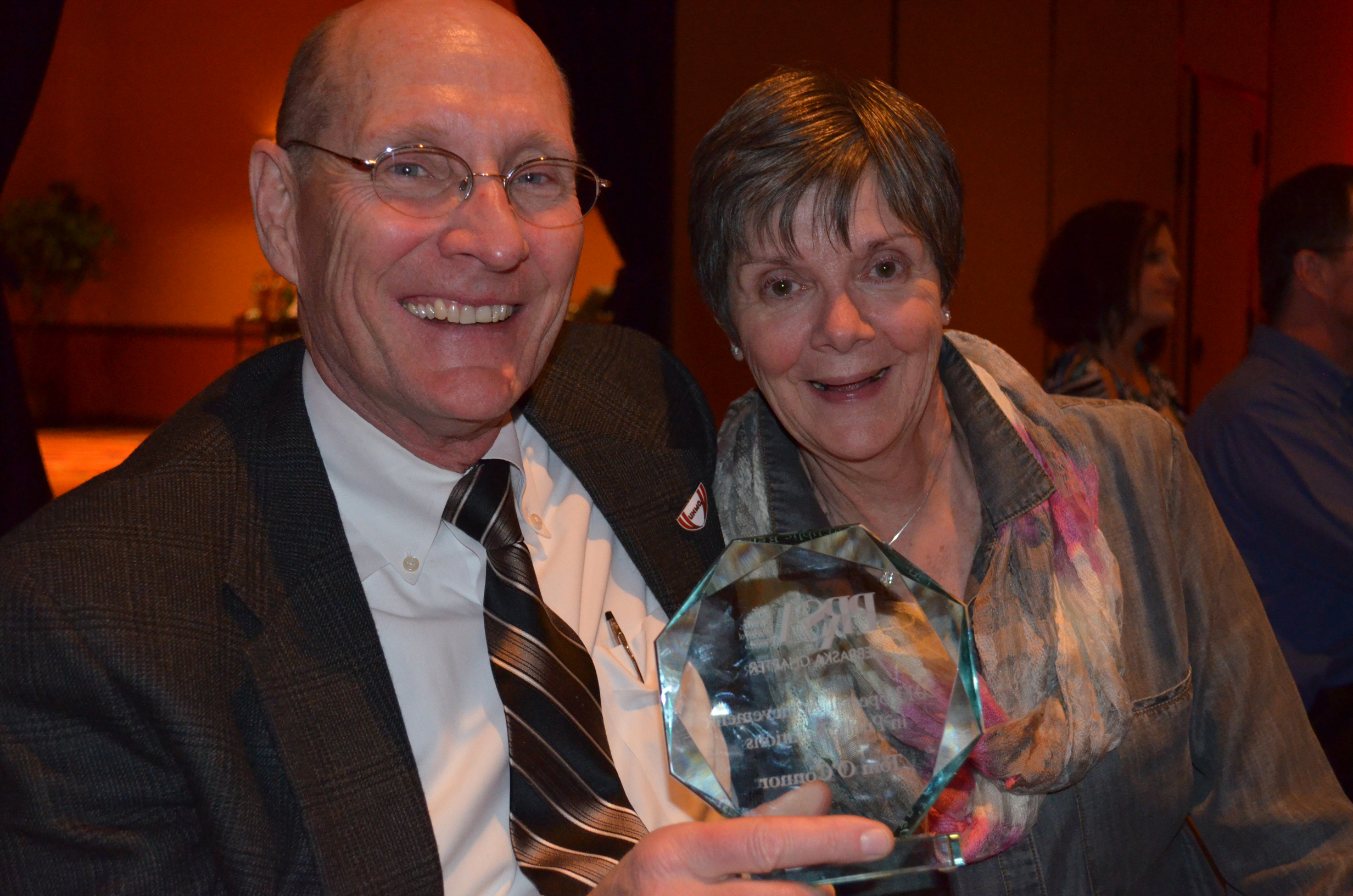 UNMC’s Tom O’Connor and his wife, Karen
I found out a month ago that Tom O’Connor, senior associate director in public relations here at UNMC, was chosen to receive the “Special Achievement in Public Relations” award at the PRSA Nebraska gala on Dec. 4

But there was one caveat. Organizers wanted it to be a surprise. Our department had to keep it a secret from Tom (gasp!). Keeping a secret from Tom is like playing Santa. You have to work behind the scenes and be sneaky, though no long, white beard is required.

When I asked a colleague for ideas on how to get Tom to the awards ceremony without him realizing why, she had two words for me: “He’ll know.”

But we were a determined bunch. After some conspiring with our PR director, Bill O’Neill, we decided to tell Tom the department won an award and we needed him to accept it.

Yes, that would do, or so we thought. Tom agreed to go, but wasn’t satisfied with our story. Being the investigative journalist type, he continued to ask for details. Details that didn’t exist. After all, this was a made-up award.

Enter an e-mail from Bill.

“The next e-mail that I send out will be a complete fabrication so that Tom O. will quit asking me about the award. Remember, it is Tom who is actually receiving the award for his service to the PR profession.”

And that next e-mail from Bill:

“Found out yesterday that the award we will receive tonight is for “Outstanding Public Relations on behalf of a non-profit” … Thanks to Tom, Lisa, Vicky and Nicole for representing our department at the PRSA gala tonight. Great job, all!”

As for the relentless questioning from Tom about who nominated us and why, we all played dumb and it seemed to work (not sure if this is necessarily a good thing).

The biggest coup was getting his wife, Karen, to attend without giving anything away. Her having attended 3,472 of these types of events over the years, we knew that she would normally prefer to pass. But this wasn’t just another dinner. This was one in which her husband would be receiving a Grammy for PR.

Bill called to clue her in at the last minute, giving her the scoop that it was actually Tom, not our department, who would be honored. While he was on the phone with Karen, Tom walked in the room. Bill quickly hung up. He covered by telling Tom there was now an extra seat at our table and asked if Karen could fill it. Figuring she wouldn’t want to go, he called her anyway.

And this is when Karen put on an Academy Award-winning performance. She moaned and groaned and even threw in some colorful language for good measure. Karen knew that if she said yes right away it would be obvious something was up, so reluctantly she agreed to go. It was exactly what sold Tom on the idea that this was a general awards dinner.

Fast forward to that night. During the cocktail hour, Tom still wasn’t satisfied with our vague description of what we were winning and questioned me again. My response: “I think it’s an award of merit…or maybe excellence…Bartender, more wine please!”

Later, Tom, Karen, Vicky, Lisa Spellman and I took our places at the table. They began to announce award winners and UNMC’s name was never called. I wondered when Tom would start to get suspicious, but he didn’t until the moment they read his bio from the podium.

Tom turned to his wife and said: “I think they’re talking about me.” With a huge grin on her face, Karen replied, “They ARE!”

Tom stood, and sheepishly walked to the podium. First one person stood, and then another, then a few more and finally the whole room rose to their feet and applauded everyone’s favorite media relations guy. T.O. received a standing ovation. On his way back to the table, it got quiet for a second. Someone then started a second round of applause. It was a special moment to be a part of.

At the conclusion of the ceremony, it was clear Tom never suspected a thing. I believe he uttered something like, “Ya got me.”

Ever the PR man, Tom sent a gracious email around the next morning.

“It was a great honor for me. But, I say this in total sincerity, I owe it all to UNMC and the great people I have been lucky to work with in PR. You make me look way better than I really am. Way better.”

And that, my friends, is the story of how the PR Department “pulled one over” on our very own Tom O’Connor.