April 17, 2018 – “THE HEALTH CARE SYSTEM IN TURKEY: OPPORTUNITIES FOR COLLABORATION WITH ACIBADEM UNIVERSITY” 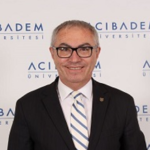 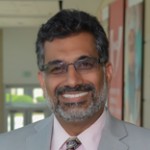 PRESENTED BY Ali S. Khan, MD, MPH RETIRED ASSISTANT SURGEON GENERAL, USPHS DEAN AND PROFESSOR COLLEGE OF PUBLIC HEALTH Dean Ali S. Khan will describe his deployment with the world health organization (WHO) to lead their epidemiology activities in Bangladesh to address the critical health issues of the Rohingya community that were forcibly displaced from Myanmar by genocide. While initially deployed to address a diphtheria outbreak the very dynamic and evolving health crisis soon required new activities for measles, mumps, cholera and other epidemic prone… Continue Reading

“Showing up’ is the first step to a successful water and food security project. In Hinche Haiti, over the last 11 years, the Goederts’ report that showing up starts with “hearing our names called out by friends upon our arrival”. Americans may not be accustomed to having loved ones waiting at arrival gates; but in Haiti this is the first reminder that relationships are the foundation of all projects.   This story serves to honor Haitian and American partners challenged to create solutions to food… Continue Reading

I start this letter with an audible sigh. This morning I am attempting to summarize a year of great learning, great teaching, and great growth, and all of this referring to ‘me’ and what I have learned, what I have been taught and how I have grown. At the feet of students, of Tanzanian health care workers, and of my Dodoma community at large, I have been greatly schooled and been more than generously blessed in the process. As is usually my experience with work… Continue Reading

“If you want to go fast, go alone, if you want to go far, go together”. African Proverb Three colleagues from the Dodoma Region, Tanzania visited the UNMC campus, hosted by the Center for Global Health and Development at the College of Public Health. Dean Ali Khan welcomed the visitors on their first work day with faculty and administrators gathering as colleagues with joint interests intersecting population-based maternal child health in Sub-Saharan Africa (SSA). Dr. Pinaki Panigrahi and Martha Goedert, Ph.D., arranged tours of the… Continue Reading

Globally, we know that while neonatal mortality has improved over the last decade, 15,000 babies still die each day (UN, 2010). The Lancet’s Newborn series, in 2014, inspired a global crusade to reduce neonatal mortality, among other child survival initiatives. Most regions of the world have seen a 50% reduction in this neonatal mortality rate. However children in some areas of our world are dying at much higher rates, especially in Sub-Saharan Africa, Southern Asia and Oceania. Half of all newborn deaths occur around the… Continue Reading

Here are some pictures. We are teaching V Scan  ultrasound to our colleagues, and you will see that we are preparing for a Rheumatic Heart Disease screening project, because of the high prevalence of RHD and severe consequences for children and adults. I will be working with cardiologist, and with two of my MPH colleagues to accomplish this outreach project for all presenting pregnant patients in 3 out of the 7 districts here, randomly of course! ha! Little babies were scanned at the Dodoma General Hospital. We were scanning after requested… Continue Reading