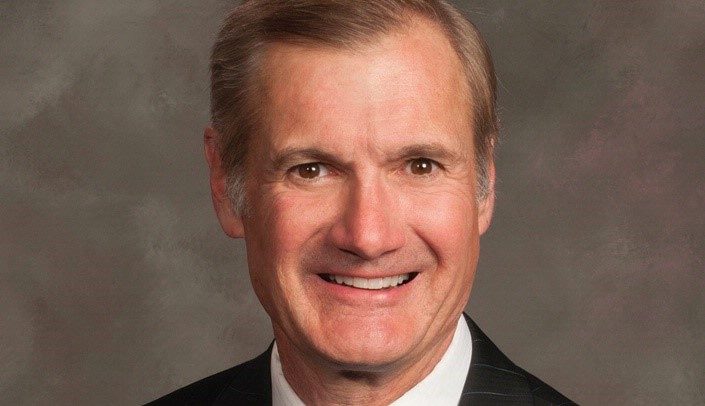 Senator Gloor is chairman of the Revenue Committee and a member of the Banking, Insurance and Commerce Committee and the Legislative Planning Committee. Sen. Gloor is serving his final year in the Nebraska Legislature due to term limits. Before joining the legislature, he was president and CEO of St. Francis Medical Center in Grand Island, Neb., served as chairman of the Nebraska Hospital Association and as a member of the American Hospital Association’s Strategic Planning Committee.

Senator Gloor has also been honored with numerous awards from the American Association of Nurse Practitioners, American Cancer Society, Nebraska Academy of Family Physicians, Grand Island Area Chamber of Commerce and the University of Nebraska Regents. The Sparks Award recognizes an individual who has shown outstanding innovation, excellence, collaboration and impact on health promotion, disease prevention and advancement of effective public health. Dr. Sparks, who was UNMC’s second Chancellor (1972-1976), established this award through the University of Nebraska Foundation.

This article was written by Liz Kumru, UNMC public relations.

This entry was posted in COPH Notable Mentions, The GroundBreaker, Vol. 6 / Is. 04, Apr 2016. Bookmark the permalink.