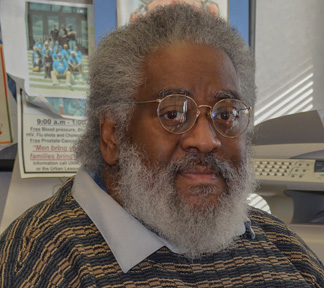 Ira F. Combs has been selected to receive the Prevent Cancer Foundation’s Laurel for Dedication to Community Service for his outstanding leadership in cancer prevention and early detection. The National Colorectal Cancer Roundtable and the American College of Obstetricians and Gynecologists provide the Laurel Awards which honor individuals who have a personal passion for cancer prevention and early detection and who have brought about positive change in the public, professional or political arena.

Mr. Combs is the Community Liaison Nurse Coordinator for the Center for Reducing Health Disparities at the University of Nebraska Medical Center. In this role, he serves as a liaison between the African-American community and UNMC, developing relationships with the community, facilitating health care services aimed primarily at screening and interventions for minority and the underserved population. Combining his medical knowledge with his marketing and computer skills, Combs also developed the “Many-Mini Health Fair” and the “Minority-Focused Marketing” concept for the University of Nebraska Medical Center. Mr. Combs is the founder and director of the North Omaha Area Health Clinic (NOAH) which provides access for the public to prostate cancer screenings as well as other health screenings. For the past 15 years, Mr. Combs has created, developed and managed the Youth Expression of Health (YEOH) which involves summer educational workshops for 7th-12th-grade students, and the Summer Interns program. Combs’ responsibilities include coordinating operations; editing NOAH, a monthly newsletter; designing the web page; and producing a monthly cable health program, “Dr. Jesse & the Prevention Gang.”

Mr. Combs will receive his award on Thursday, April 7, 2016, at the Renaissance Baltimore Harborplace Hotel in Baltimore, MD, during the Prevent Cancer Foundation’s 2016 Dialogue for Action on Cancer Screening conference (www.dialogueforaction.org).

This entry was posted in COPH Notable Mentions, The GroundBreaker, Vol. 6 / Is. 02, Feb 2016. Bookmark the permalink.