Impact in Nebraska of the Supreme Court Decision on Health Law 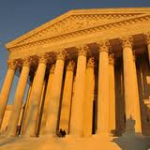 Public Health in the National News – On June 28, 2012, the Supreme Court upheld the Affordable Care Act, with the majority opinion that Congress has the authority to use the taxing power endowed by the Constitution to impose the individual mandate. Another key ruling from the Court was that a provision of the ACA to expand the Medicaid program for individuals from 100% of the federal poverty level to 133% of the federal poverty level is optional, rather than required of state governments. You can read the Supreme Court’s decision here.

Even though the law has been upheld, the outcome of the November elections could impact the implementation of the law. For example, Congress could pass legislation to repeal the law or attempt to defund it through the budget reconciliation process before major provisions take effect in 2014. The following are some selected benefits of the Affordable Care Act for Nebraska after two years of implementation. More details are available at HealthCare.gov.

This article was written by Jim Stimpson, PhD, associate professor in the UNMC COPH Department of Health Services Research and Administration.