Public Health in the National News

Socioeconomics and Smoking Prevalence
by Mohammad Siahpush, PhD, professor in the COPH Department of Health Promotion, Social and Behavioral Health 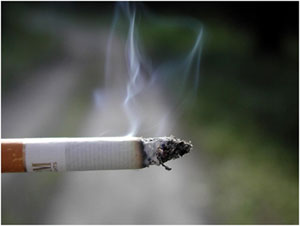 Smoking is the leading cause of preventable mortality in the United States. Cigarette smoking is the cause of about 443,000 deaths each year. More deaths are caused each year by tobacco use than by all deaths from human immunodeficiency virus (HIV), illegal drug use, alcohol use, motor vehicle injuries, suicides, and murders combined. Smoking-attributable health care expenditure ($96 billion) plus productivity loss ($97 billion) is about $193 billion annually. Inarguably, these figures are staggering, and the social cost of tobacco use is immense.

Nationally, 20.6% of adults smoke. There are marked disparities in smoking. Over 31% of people below the poverty level smoke. The prevalence of smoking is 28.5% among people with less than a high school diploma and 5.6% among those with a graduate degree. People who live in the Pacific region have a much lower prevalence (15.3%) than those residing in the East South Central region (25.8%).

Both population- and individual-level interventions are effective in reducing the prevalence of smoking. The aim of population-level interventions is to make the social, physical, economic, and legislative environments less conducive to smoking. These interventions include increasing the price of cigarettes and other tobacco products, limiting the number of places that smoking is permitted, banning marketing efforts by the tobacco industry, and providing messages in the mass media that motivate smokers to quit and adopt a smoke-free lifestyle.

Individual-level interventions refer to strategies to help individual smokers to quit smoking through direct interaction with them. Individual, group, and telephone counseling are effective in smoking cessation, and their effectiveness increases with treatment intensity. There are also several types of over-the-counter and prescription medications that have been shown to be effective in smoking cessation. The combination of counseling and medication is more effective than either alone.

Our research examines the impact of population-level tobacco control policies and how it varies across different socioeconomic groups. For example, we have shown that increasing the price of cigarettes results in a larger reduction in the prevalence of smoking among lower income groups. We have also conducted research on the relationship between financial stress and smoking cessation. We have shown that smokers with financial stress are interested in quitting, but are less likely than others to be able to quit successfully, which means they are more likely to experience even more financial stress, which in turn makes it even harder to quit — they are caught in a vicious cycle.

This entry was posted in Featured Stories, National News, The GroundBreaker, Vol. 1 / Is. 02, Jun 2011. Bookmark the permalink.