The title of Dr. Philo’s lecture is “Leonardo the Anatomist,” and he will focus on Leonardo da Vinci’s anatomical drawings. This year marks the 500th anniversary of da Vinci’s death.

Lunch will be available for the first 75 attendees.

The event can be watched online here. 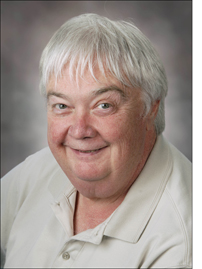 professions students in The University of Texas Health Science Centers in Houston and San Antonio.  He was the director of willed-body programs at each institution.  He is a former Chair of The Anatomical Board of The State of Texas.  In addition to scientific articles and a Guide to Human Anatomy, Dr. Philo has contributed to three art catalogs of the anatomical drawings of Leonardo da Vinci.  Each was coauthored with Martin Clayton of Royal Collection Trust. These catalogs are Leonardo da Vinci: The Anatomy of Man (1992); Leonardo da Vinci: The Mechanics of Man (2010); and Leonardo da Vinci: Anatomist (2012).  The catalogs were prepared for exhibitions of Leonardo drawings in Houston, Vancouver and London, respectively.  An app was produced with the Leonardo: Anatomist book—it is ‘Leonardo da Vinci Anatomy’, by Royal Collection Trust, Primal, and TouchPress.  Ron has continued his interest and studies in the Leonardo anatomicals while in retirement.  Dr. Philo earned BS and MS degrees from Southwest Texas State University (now Texas State University).  His Ph.D. in Biomedical Sciences/Anatomy Program was granted in 1978 from The University of Texas Health Science Center at San Antonio.  He is a native Texan and currently lives in Austin, Texas with his wife, Joyce Anne LeMaistre, MD.