From the archives: schools and colleges at UNMC 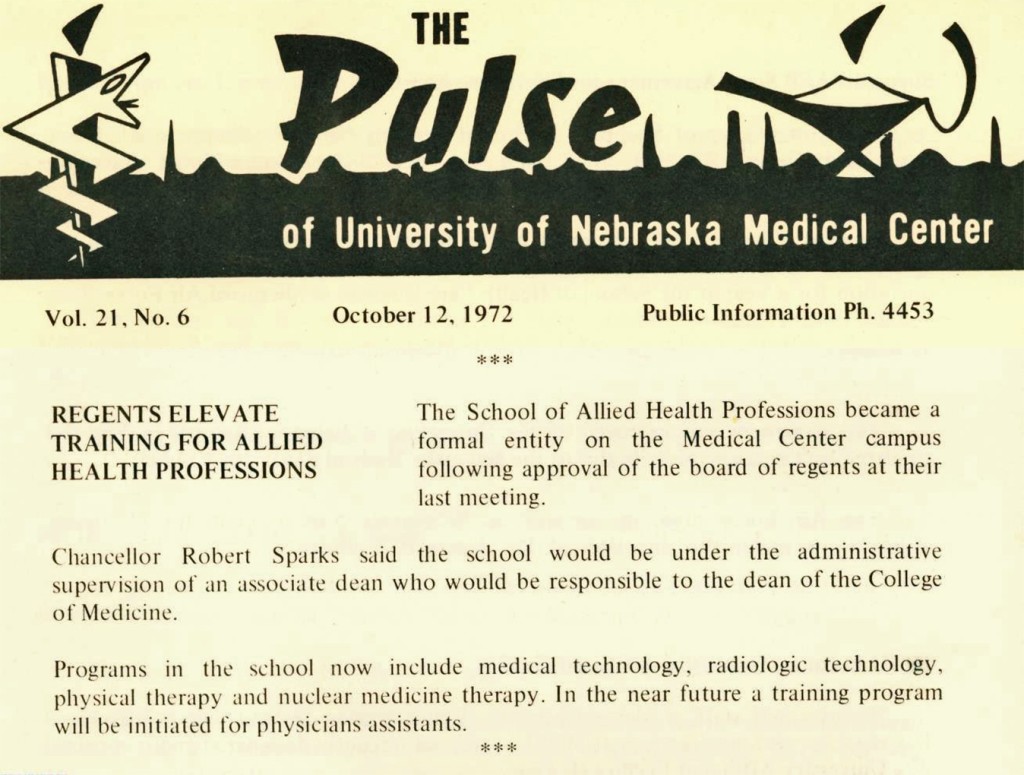 The academic structure of UNMC includes six colleges, which have been established over the last 130 years. Two of these six colleges started out as privately-owned, for-profit institutions; with three others established first as schools before they were elevated in rank to become colleges.

The School of Nursing was started in 1917, when the University Hospital opened, and it was made a college in 1972. The College of Public Health was organized in 2006.

In 1968, when the University of Nebraska administrative structure was reorganized, all health professions programs were placed under the administrative umbrella of the medical center, regardless of their location across the state. Since that time, the campuses (Lincoln, Omaha and the Medical Center—the Kearney campus joined in 1991), were considered semi-autonomous degree granting institutions within the same system, each with their own chancellor, and a university system president located in Lincoln.

The archives has various resources available if you are interested in finding out more about the history of any of UNMC’s colleges. To visit the UNMC archives, contact the Special Collections Department at 402-559-7094 to schedule an appointment or inquire at the AskUs desk on the 6th floor of the library.