From the archives: UNMC yearbooks 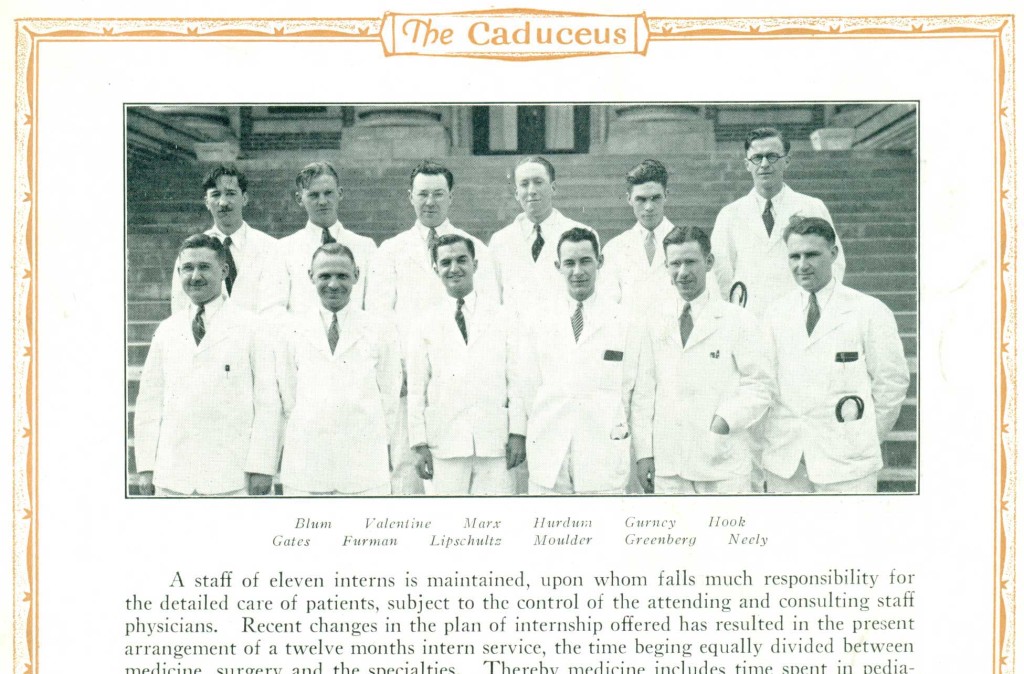 The various colleges on the UNMC campus issued a number of different yearbooks during many years of the 20th century. The College of Medicine published the “Caduceus” yearbook (see full image below) in 1929 and 1930, as well as the “Scope” which focused on the class of 1948. From 1951 through 1957 the College of Nursing (then the School of Nursing) published a yearbook called “Starch & Stripes.” The College of Pharmacy published its own yearbook from 1913-1920, while still located on the UNL city campus in Lincoln.

The library’s collections also house various years of the UNL “Cornhusker” yearbook from 1899 through 1968, which contain sections on the schools and/or Colleges of Medicine, Nursing, Pharmacy and Dentistry. 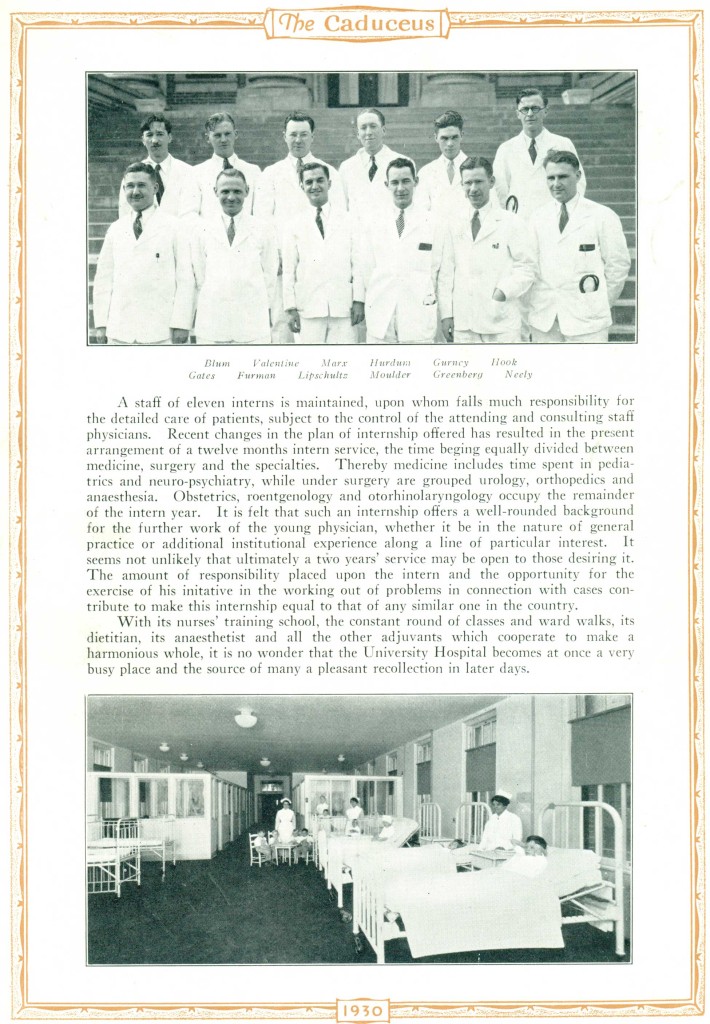