From the archives: Run to 101, COM Centennial

The students, almost all of whom are native Nebraskans and in their second year of medical school, relayed an official Olympic torch across the state, from Henry to Omaha, to symbolize the statewide importance of the College of Medicine’s first 100 years. The students covered approximately 80 miles per day.

Other students drove to a number of towns along the runners’ route to talk to high school students on health career opportunities available at the University of Nebraska Medical Center.

Dinners were planned along the “Run to 101” route in Scottsbluff, Ogallala, North Platte, Kearney, Grand Island, and Columbus in honor of the College of Medicine.

The students arrived at the medical center campus on October 5, at 4:15 p.m. At this time the eternal flame of the centennial sculpture was lit. 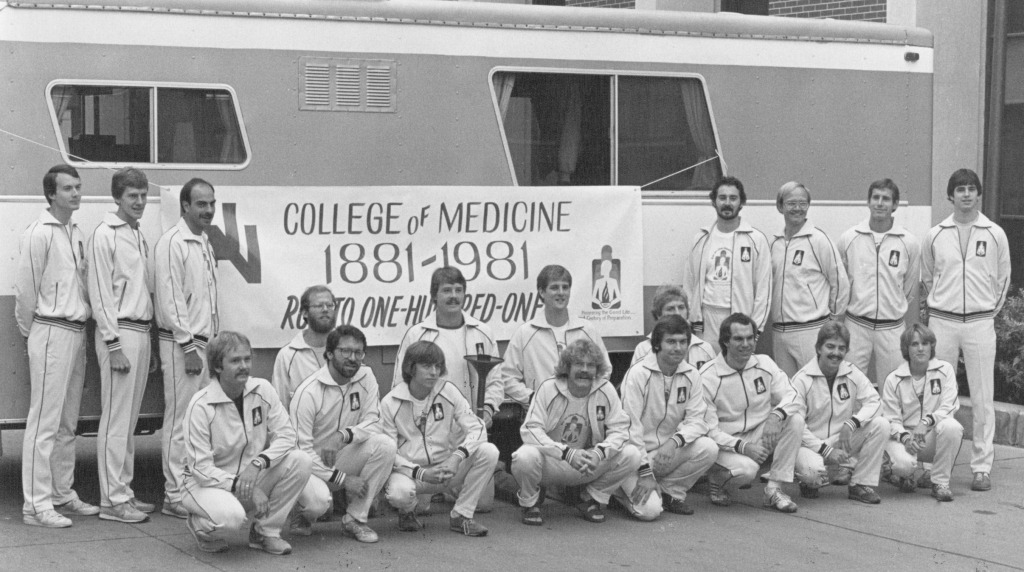