A day in the life: Justin’s story

Around seven and a half hours later, while my husband Jeff was out buying me a bouquet of flowers, our pediatrician told me that he was 99.9 percent sure that Justin had Down syndrome. 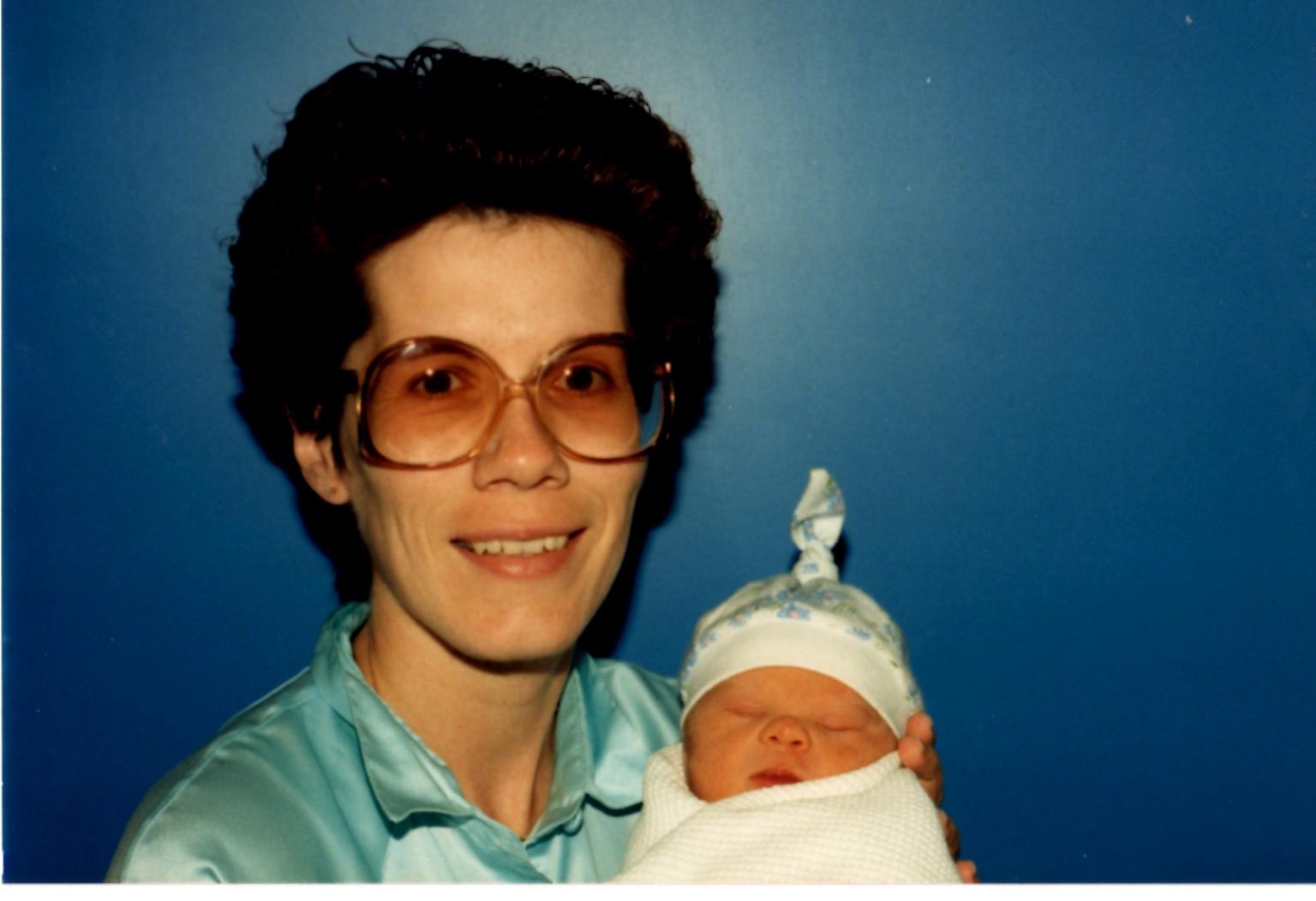 At the time, I knew little about Down syndrome. (October is Down Syndrome Awareness Month, by the way.)

When Jeff was growing up on a farm in rural Nebraska, his neighbors had a son with Down syndrome who had lived his entire life at the state facility in Beatrice.

In my farming community, there was Denny, who had developmental disabilities. He lived at Beatrice and came home for Christmas. I can remember being scared of him because he made a lot of noises during the Christmas Eve program.

Oscar and Pat had Down syndrome – they were never allowed to go to our country schools or the town school where we all went for high school. They had no friends their age and were always with their parents/immediate family.

That’s all Jeff or I knew about people with developmental disabilities – you shipped them to the Beatrice State Home or kept them at home with no opportunities for education or social interaction. I vividly remember wondering if Justin would be in diapers the rest of his life.

When Justin was 6 weeks old, Jeff and I went to the Munroe-Meyer Institute for the first time. We were young and scared, and by this time I was completely frazzled both emotionally and physically. We saw Dr. Bruce Buehler, the director of MMI at that time.

Dr. Buehler had already looked at the genetic testing of Justin’s blood work, done by MMI, which proved that he had the standard Trisomy 21 – three number 21 chromosomes, better known as Down syndrome.

Dr. Buehler went on to explain that we had to have high expectations for Justin in everything in his life, especially behavior. Justin’s behavior as a child and an adult would determine his acceptance into society. He even talked about marriage and sex for Justin (two things that were definitely not on my radar screen for Justin’s future).

He spent a great deal of time explaining the medical meaning of the word “retarded,” how it could be used by the ill-informed as a slur, how we might need to prepare ourselves for that. And he made the point, forcefully, that however anyone else might react to Justin’s Down syndrome, the most important thing was that my husband and I provide high expectations and loving support.

Remember, in 1989, the wording used to describe individuals with an intellectual or developmental disability was different. Area school districts first used the word “mental retardation” in referring to Justin, later changing the term to “mentally handicapped.”

When I went to the Omaha Public Library just after Justin was born to find information about Down syndrome in the card catalog, there were no subject cards under “Down syndrome.” Looking under “mental retardation,” I found a subject card that said “See Mongolism.” Justin was called a Mongoloid by a medical doctor when he was 2 years old and getting stitches (this did not happen at MMI or UNMC).

We started the Scottish Rite Speech Therapy Program at MMI about two and a half years later, receiving free additional speech therapy for Justin above and beyond what he was getting through the Millard School System. We now had a third child, Kristin, who was one month old when we started this speech therapy. My double stroller and I were very good friends.

That summer, Justin began running away from me in grocery stores, parking lots and other places. With a new baby and a 5-year-old, I was finding my toddler could take advantage of even a momentary distraction to slip away. At one point, we caused a lockdown at Target because Justin couldn’t be found. When Justin was about 3-and-a-half, we returned to MMI, to the psychology department, for family counseling.

On the first visit, with the whole family there, we spoke with a friendly staffer in a large room as Justin played, not listening to me when I told him to stop doing something or touching something. Between talking to the staffer and keeping an eye on Justin, I did wonder about the large mirror that dominated one wall of the room.

After the meeting, the purpose of the mirror became clear. This little woman – I still think of her as “the dynamo” — came out and, after introducing herself, said “Justin has you wrapped around his little finger. You think, because he has Down syndrome, he can’t learn how to behave.”

She’d been watching us behind the mirror. We took her advice and started family counseling. For nine months, we hauled all three children down to MMI for behavioral counseling – a 11-month-old, a 3-year-old and a 5-year-old.

That was the first step. And since that time, Justin has received additional services from MMI.

He has attended Camp Munroe, a day camp held in the summer for children ages 6 to 21 with developmental disabilities. He spent one summer with his best friend, Jerus, who also has Down syndrome, working on his handwriting skills at the Handwriting Clinic. He took part in the Arnold Stern Program, additional speech therapy and is now doing the Garden Club, Thursday Night Rec Therapy, Community Outing Club and Adult Cooking Club.

Today, Justin and Jerus are sharing an apartment. They only receive a couple hours of help a day; the rest of the time they are on their own. Justin is currently working at Prairie Life Fitness two days a week, and he’s taking classes two days a week at Career Solutions (Ollie Webb Center). He takes dance lessons, is in the Next Chapter Book Club, plays baseball, competes in Special Olympic Power Lifting, greets at our church and also helps with Sunday School.

He threw out the first pitch at the Storm Chasers’ game on Aug. 1 for Down Syndrome Awareness Night. He’s also a sports and Husker enthusiast, and he enjoys an occasional beer. (The rules are “one and done” and only on weekends.)

Our lives were forever changed the day Justin was born, and I thank God every day for giving us the gift of Justin.

MMI has helped us along the way, and I know they will be there for us in the future as they continually develop more adult programs. As we continually save more children with developmental disabilities and they live to adulthood, MMI also is adapting to those changes . 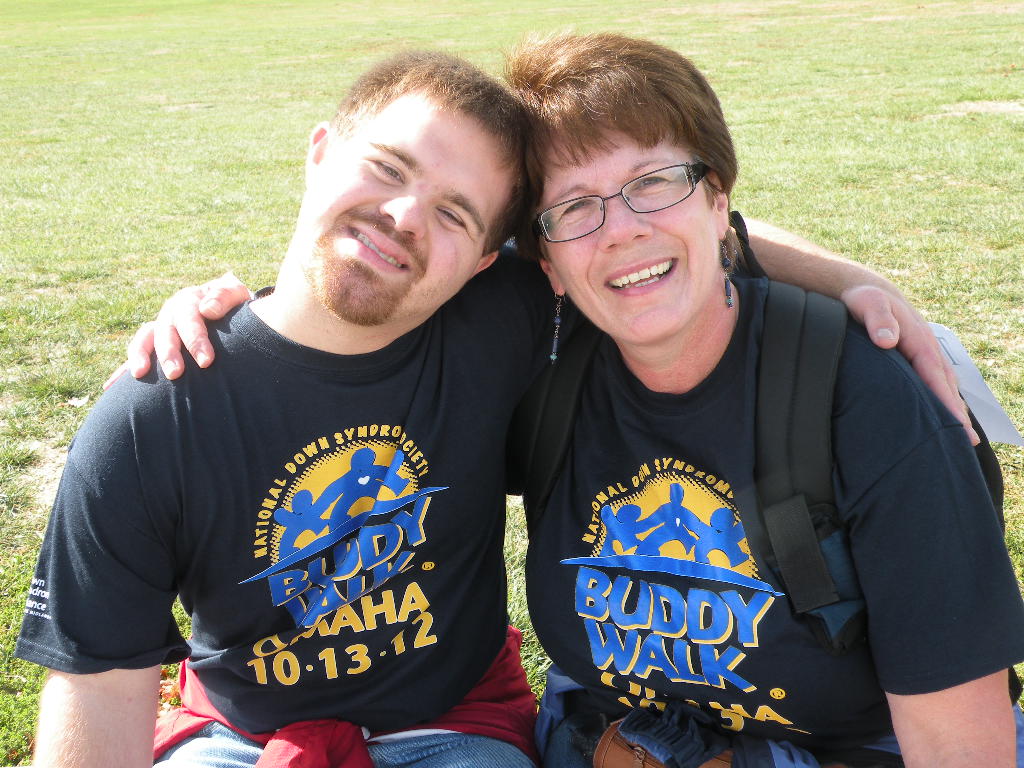 20 thoughts on “A day in the life: Justin’s story”