Theirs is a dangerous hobby, in more ways than one.

They’ve survived some close calls. Don Johnson, Ph.D., associate professor of pathology and microbiology, once noticed a highway patrolman driving alongside him for 10 miles, down I-80, trying to decide whether Dr. Johnson had an armored missile in the back of his pickup.

Paul Paulman, M.D., professor of family medicine, realized, too late, that he probably shouldn’t be picking up someone at the airport with a bed full of rockets under his truck’s camper top.

“I thought, What if they decide to look in the back?” Dr. Paulman said. “I’m going to be going to that little room.”

OK, not manned rockets. But real rockets, just the same. With explosives, and little computers and airspace clearance from the FAA (Federal Aviation Administration). 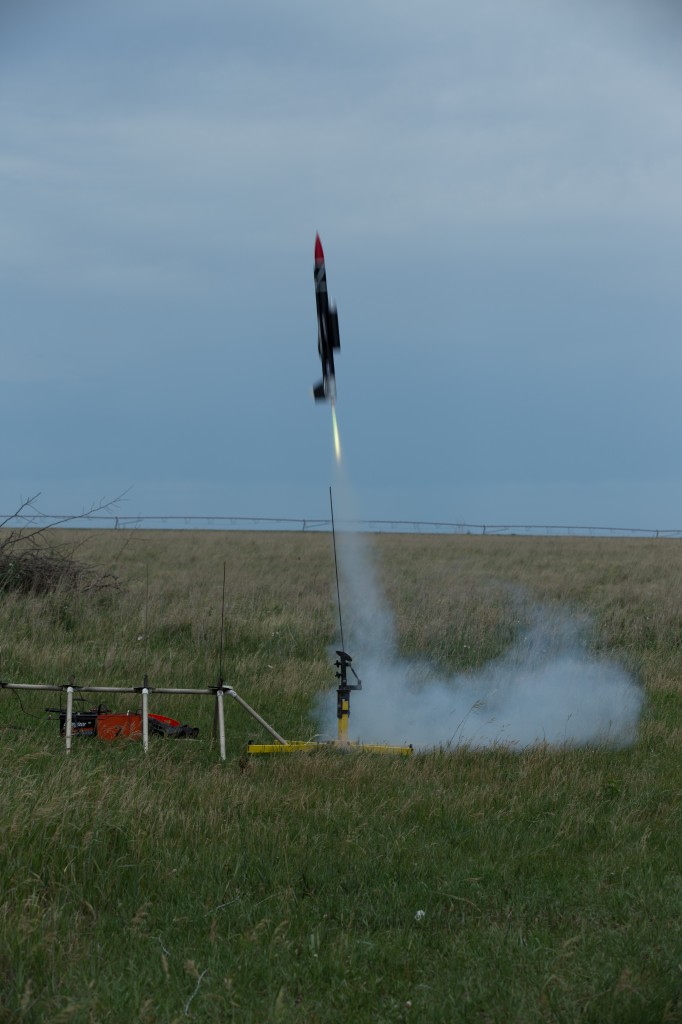 Don’t worry, they stress safety. Drs. Johnson and Paulman are members of national organizations and are part of a rocket club, THOR (The Heartland Organization of Rocketry), that includes aerospace engineers who work at Offutt Air Force Base.

So, who is smarter? UNMC scientists or rocket scientists? Well, in this instance …

“They advise us a lot,” Dr. Paulman said.

“They kind of look down on us as biologists,” Dr. Johnson said with a laugh.

Their expertise is more black-and-white: “With physics and rocketry,” Dr. Paulman said, “you know when you are successful. In biology and medicine, you may not see results.”

Drs. Johnson and Paulman design and build their own rockets. They launch them when the weather is nice, but they work on them all year long.

They use the same explosives that were used with the space shuttles. They’re licensed to launch them as high as 20,000 feet.

They were both interested in rockets as boys, but then years went by. And then …

“I got back into it when my kids were a little younger,” Dr. Paulman said.

“It was a cool thing to do together. Now I launch with my grandkids,” Dr. Paulman said.

“For me, it’s something my son and I can do together,” Dr. Johnson said.

“His son is the best rocket tracker in the club,” Dr. Paulman said.

“Oh my gosh,” Dr. Paulman said. It’s a little more expensive than that.

“They say, when the space shuttle goes up there are 50,000 things that can go wrong,” Dr. Johnson said.

“We’ve found a number of them,” Dr. Paulman said. 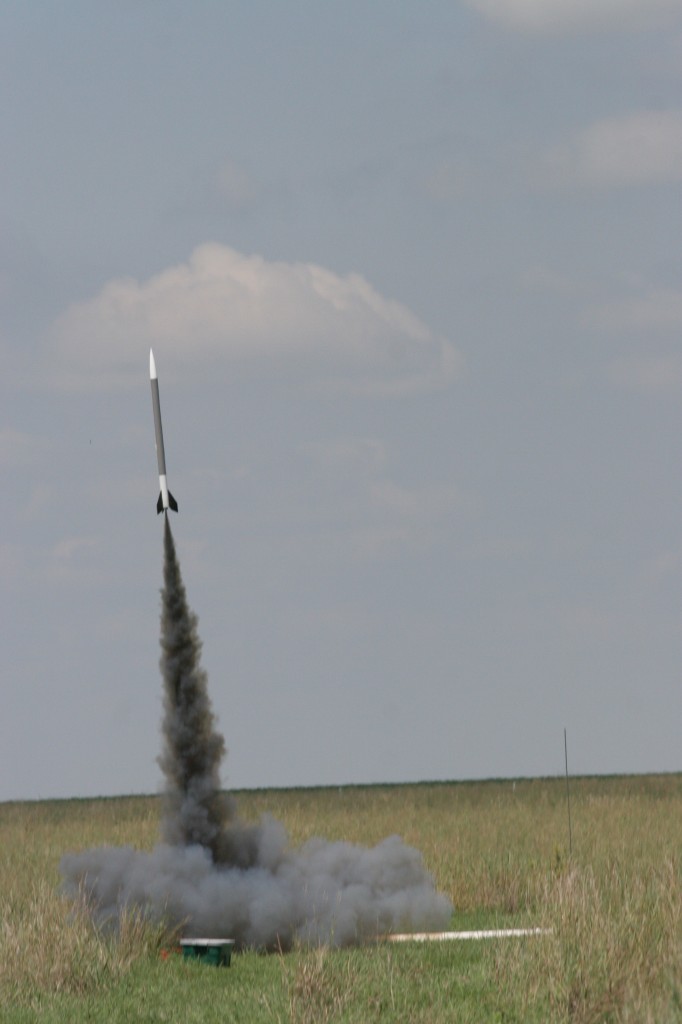 So, how are their families about how much time and money they spend on rockets?

“It’s better than going to the bars,” Dr. Johnson said.

Launches are open to the public. If you are interested in joining the club or attending a launch, contact Dr. Johnson or Dr. Paulman.