A speaker that's out of this world 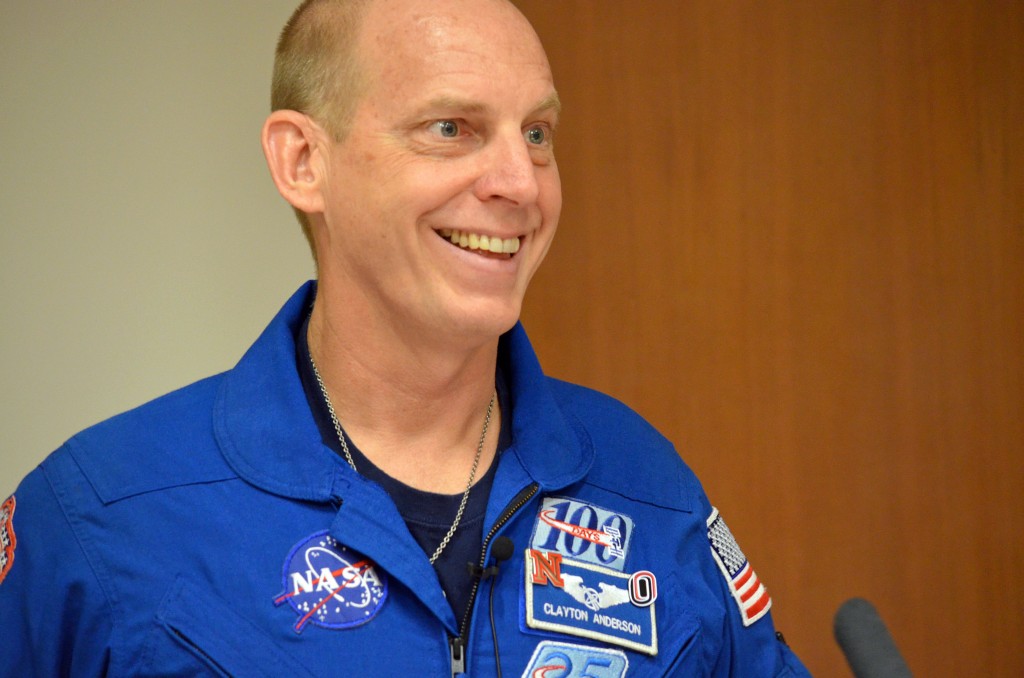 If you’re going to see an astronaut, you want him to wear the jumpsuit. You just do. Clayton Anderson knows this. And the man came through.

As he strode through the Truhlsen Events Center to sit for a group photo at the 2013 UNMC orthopaedic surgery residency graduation, he wore the iconic blue jumpsuit. No doubt there was an astronaut in the room.

“Did they let you keep that?” I asked him. “Or did you just stuff it in a bag on the way out?”

Anderson’s eyes twinkled. “I stole it,” he said. He may or may not have been kidding. But either way, NASA got off easy. It was that or the helmet.

Anderson knows his role: If people come to see an astronaut, you’ve got to dress the part.

And Anderson is not just an astronaut, but our astronaut. He was born in Omaha, grew up in Ashland, Neb., dreaming of going to space. When he was 5, he marched in a parade in Ashland, wearing a space suit made of aluminum foil that his mother made.

“I got second place,” he said.

He was recently on campus to deliver the Harold and Marian Andersen Lectureship for Orthopaedic Surgery at ortho graduation.

He was a good get: Kevin Garvin, M.D., chair of orthopaedic surgery, explained that Anderson had retired from NASA with 167 days in space, was the 27th all-time space walker, and also, that he’d “appeared on the History Channel with Larry the Cable Guy.”

You know, in no particular order.

The astronaut took the mic noting that he, too, had lots of orthopaedic experience: “I’ve had two knee surgeries.” 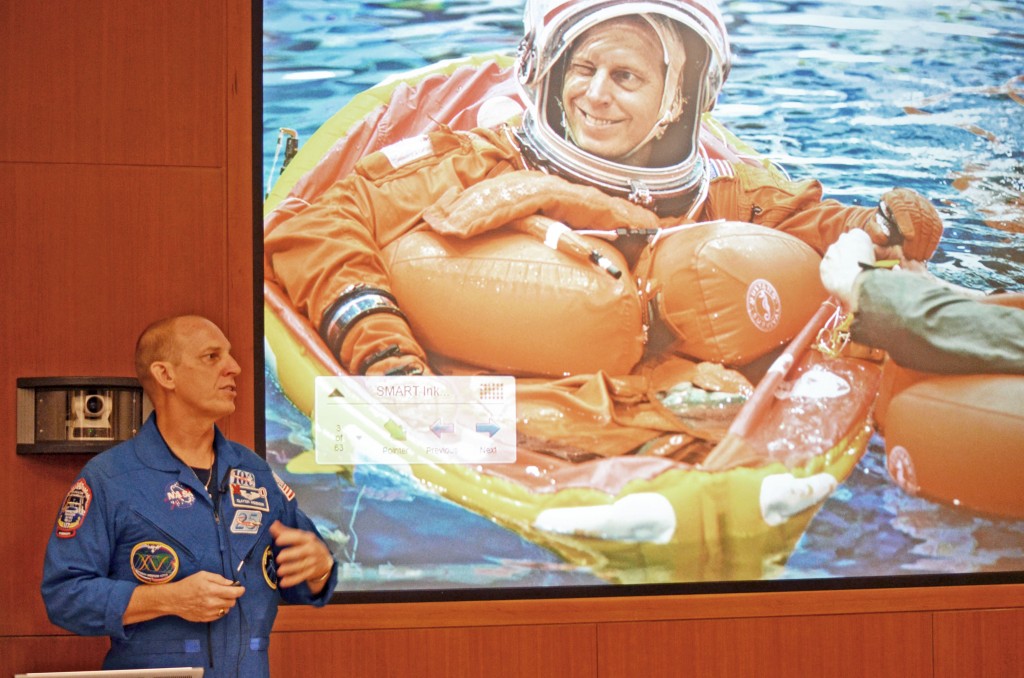 He talked about important things: Like the wonder of a kid who dreamed of going to space actually getting to do it; of the scientific discoveries gleaned from NASA work; of the tax dollars needed to keep those discoveries coming.

But he had fun, too: He talked of getting into trouble for floating into view on NASA TV’s live feed with boxer shorts on his head, and for putting Husker red N’s on the side of white space helmets.

(It sounds like he got in trouble a lot.)

It’s cool to be an astronaut. You get to meet celebrities. Like the pope: “He was very pope-like.” And the Harlem Globetrotters: “I went on the floor as one of their flunkies.” President Bush: “He made fun of my bald head.” And, the aforementioned Larry the Cable Guy:

Anderson asked the comedian if there was anything he wanted taken into space, and Larry immediately gave him the shirt off his back. (That was … a moment.) After a NASA-insisted upon “387 washings” Clayton Anderson wore the trademark sleeveless shirt. In space. 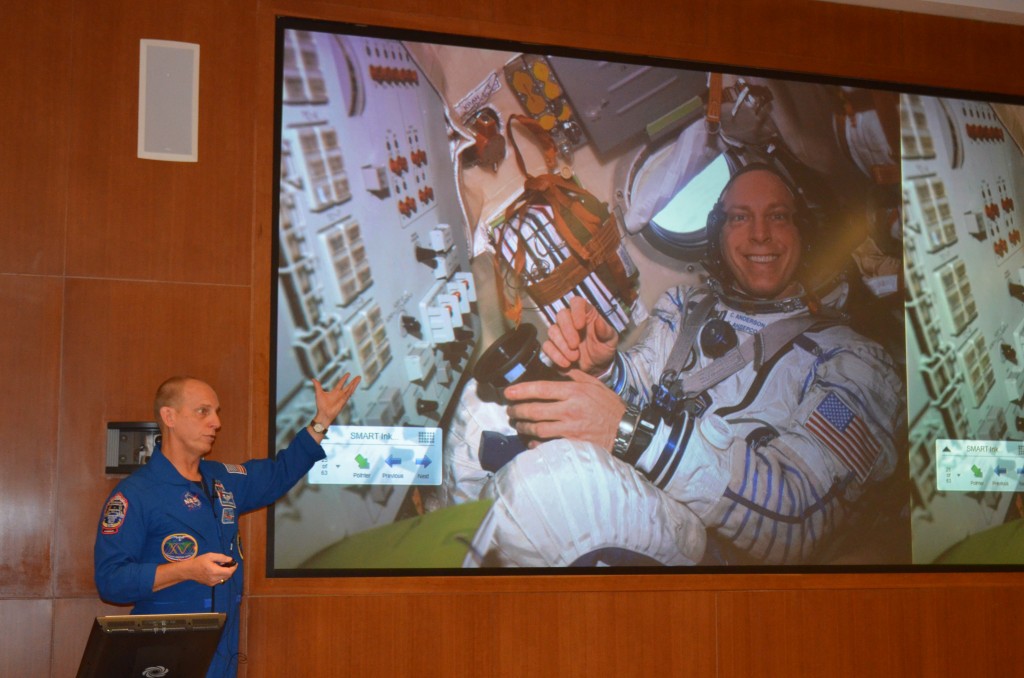 But it was a long road to get there. The line was so long to go to space that Anderson and his classmates called themselves “the penguins”: All dressed up and no place to go.

Then he made it, at last. Anderson is sure there were many asking how in the world the guy from Nebraska got to be the one to go.

But go he did. And now when he meets with people, he knows what it means.

Anderson was not my first astronaut. When I was a kid in Hawaii, Ellison Onizuka came to my elementary school. He was from the same place we were. He’d grown up not far from our very school. He grew up dreaming of going to space. And he’d gone.

There he was, an astronaut.

He wore that blue suit.