Observations in the DOC 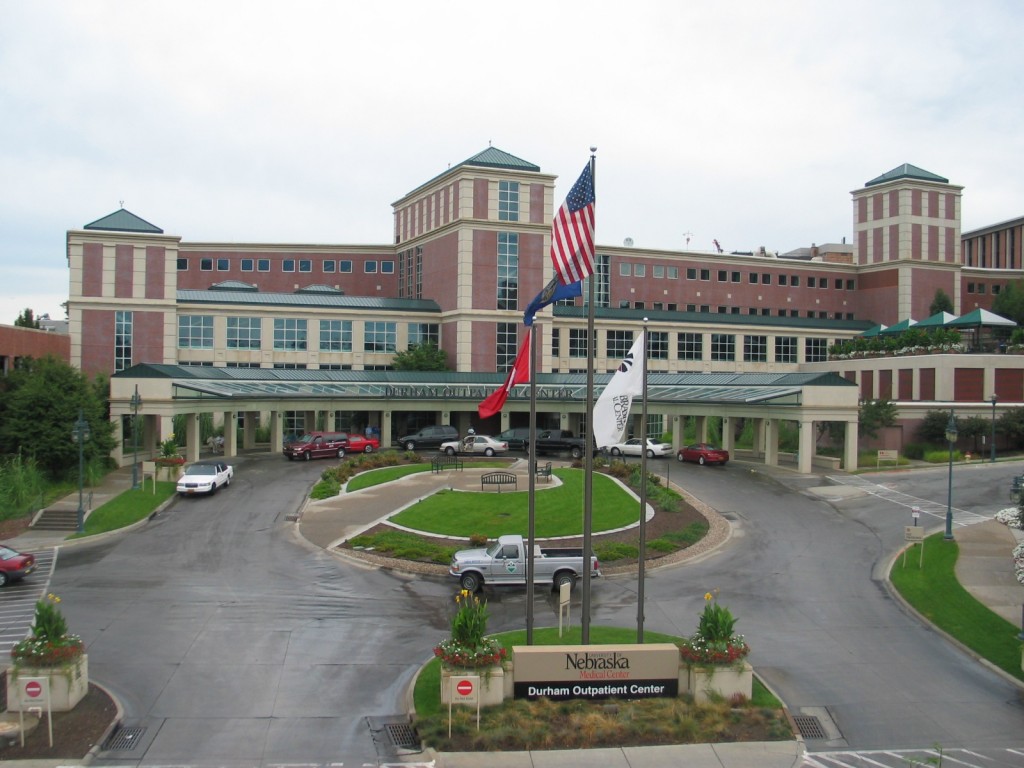 A few Fridays ago, I headed up the hill for lunch with plans of assembling a healthy salad just a few hours prior to my glucose test for gestational diabetes and routine doctor’s appointment. That was before I found out it was “create your own mac and cheese” day. Salad, schmalad. I got in line for the M&C. 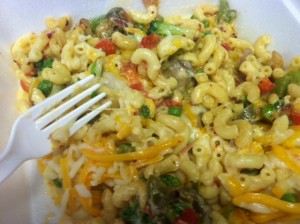 As I shoved my face full of macaroni until I could see only Styrofoam, it never occurred to me that this might have an effect on my glucose test. You see, I’ve since learned that macaroni = carbs and carbs breaking down = sugar, specifically glucose. And this is why I didn’t go to medical school. Science is not my friend.

As I chugged my orange glucose drink for the camera (you might see me in a future segment of Ask UNMC) I had no idea I was giving myself a sugar high. 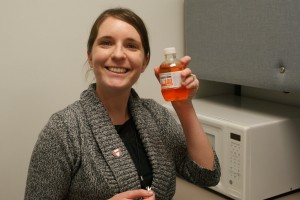 An hour later, I stopped by the diagnostic center for a quick blood draw and headed up to my appointment at the Olson Center for Women’s Health. Upon entering the exam room, my doctor kindly informed me I was a failure. At least when it came to glucose tests.

We quickly deduced that the macaroni may have played a part, but I argued that it was worth it. That was before she told me I would  have to do the 3-hour glucose test, which consists of drinking the entire bottle of glorified Hi-C and four needle pricks.

I showed up to the diagnostic center on Monday with my Kindle in hand, prepared to pass the time reading. But in between blood draws, I decided to mosey down to the Durham Outpatient Center.

As a sat there contemplating whether the macaroni bar really was worth the next three hours of my life, I noticed the elevators. Up and down they went. They’d start at the bottom empty, collect people along the way up and then deposit them on their floor of choice. The folks who got on and off  might have been here for a check-up, a consult, a cold, or cancer treatment. Whether they were off to hear good news or bad news was unknown.

I glanced at the people around me. What were they doing here? I wondered. The woman catching zzz’s on the couch…was she awaiting word on the birth of a baby? The man typing away on his tablet…was he passing time during a loved one’s surgery?

The couple that walked by with their canes in sync. The fast walkers. The slow ones. Those that rolled by in wheelchairs. Those that were led by their oxygen tanks on wheels. What brought them here today?

It made me realize I work at a place where some of the sickest people come to get better. Whether it’s a doctor working with a patient on a speedy recovery, or a researcher behind closed doors investigating a vaccine to prevent people from getting sick in the first place, there is always something monumental happening on this campus that we might not notice. We here in PR refer to UNMC as the place that “hums” and now I know it’s because of all the people buzzing about, doing their best to make people better.

One of my favorite quotes is, “A person who has health has a thousand wishes; the person who doesn’t, has but one.” How cool is it that it might be a physician, a researcher or a current student/future doctor right here at UNMC who grants that one wish?

So to answer the question I’m sure you’re all wondering: Yes. The macaroni bar was well worth it, but for reasons I couldn’t have fathomed beforehand.

P.S.: I believe it’s “create your own mac and cheese” day at the Nebraska Cafe today if you’re interested…;)

3 thoughts on “Observations in the DOC”