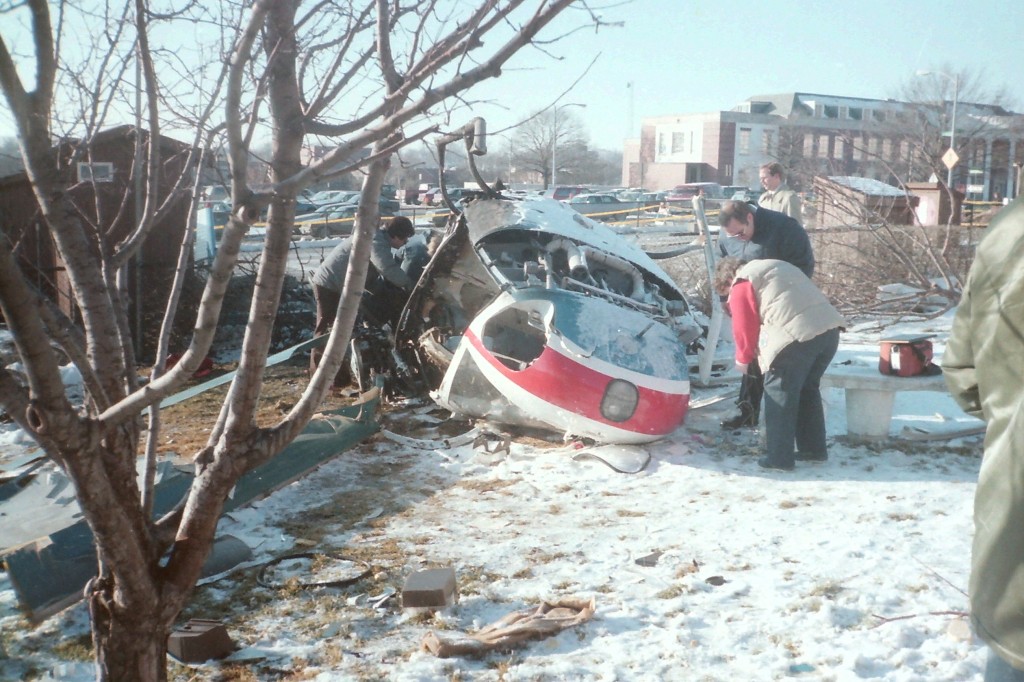 Jan. 20, 1988, was the day the helicopter crashed at the med center. UNMC security officer John Ingraham had just gotten home. He received a page. He remembers, it was just after 4. An Associated Press report from the next day said it was just after 5.

When he got back to campus, the “ship” was still burning. It was still in flames.

Luckily, everyone had gotten out OK. 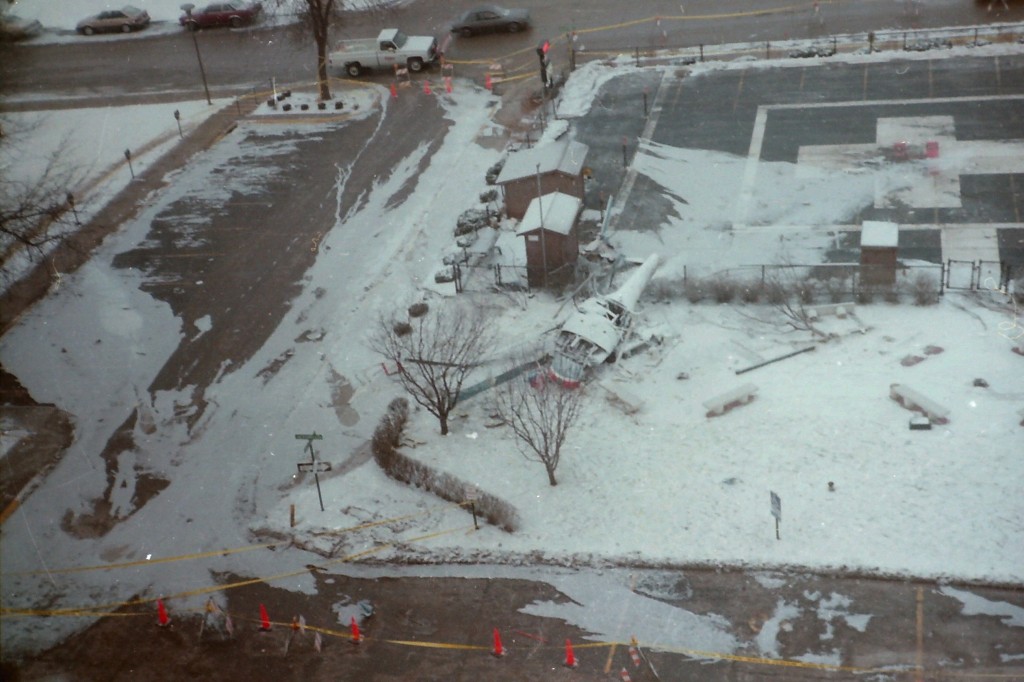 The helicopter was taking off to make room for another helicopter bringing someone in. It started to lift off, but couldn’t level itself. The cabin part got too high, almost vertical. The tail hit something. The pilot struggled for control.

The company that owned the chopper would later offer the initial theory that an ice crystal in the hydraulic system was the likely cause. 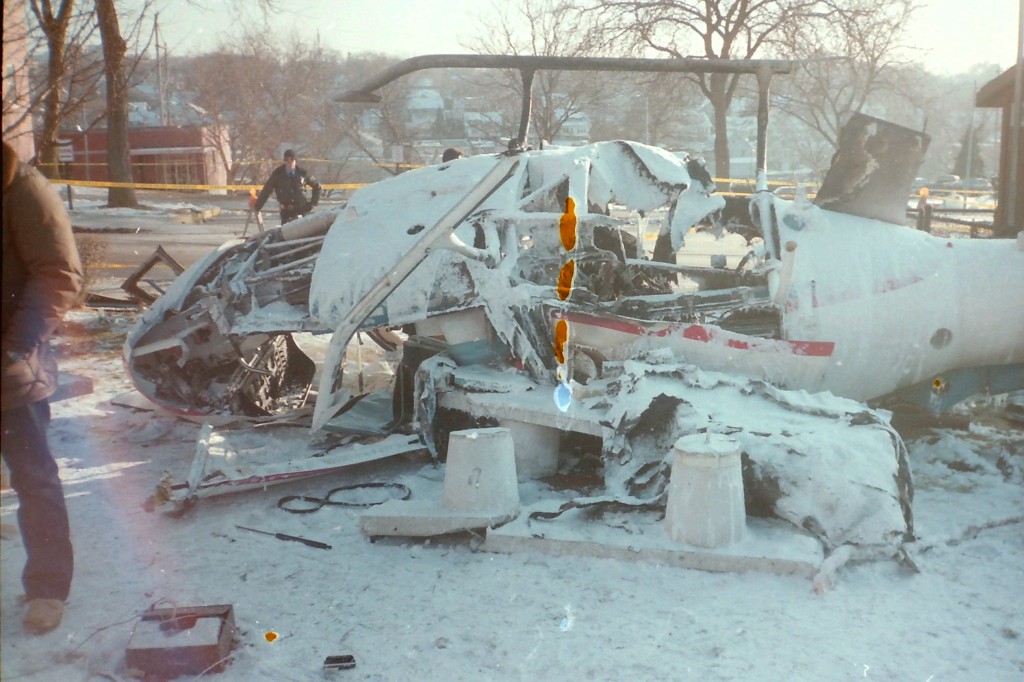 “In the movies when the helicopter hits it explodes in a big fireball,” Ingraham said. Not so. “It started to burn kind of small, but because it was jet fuel, it burned very hot.”

The pilot was bleeding from his head, but he got out. The flight nurse was stuck. An administrator rushed in, and cut the tangled, stuck seat belt with a knife. They wrestled something heavy off of the nurse’s foot. He hopped to safety.

Pilot and nurse were treated and released.

The Federal Aviation Administration and National Transportation Safety Board had to investigate the crash. But it would be a couple days before they could get there, Ingraham recalled.

Security had to stand sentinel over the crash site.

“We had to stay out there for two days, all night, to go guard it make sure nobody tried to make off with pieces or contaminate the scene,” Ingraham said. 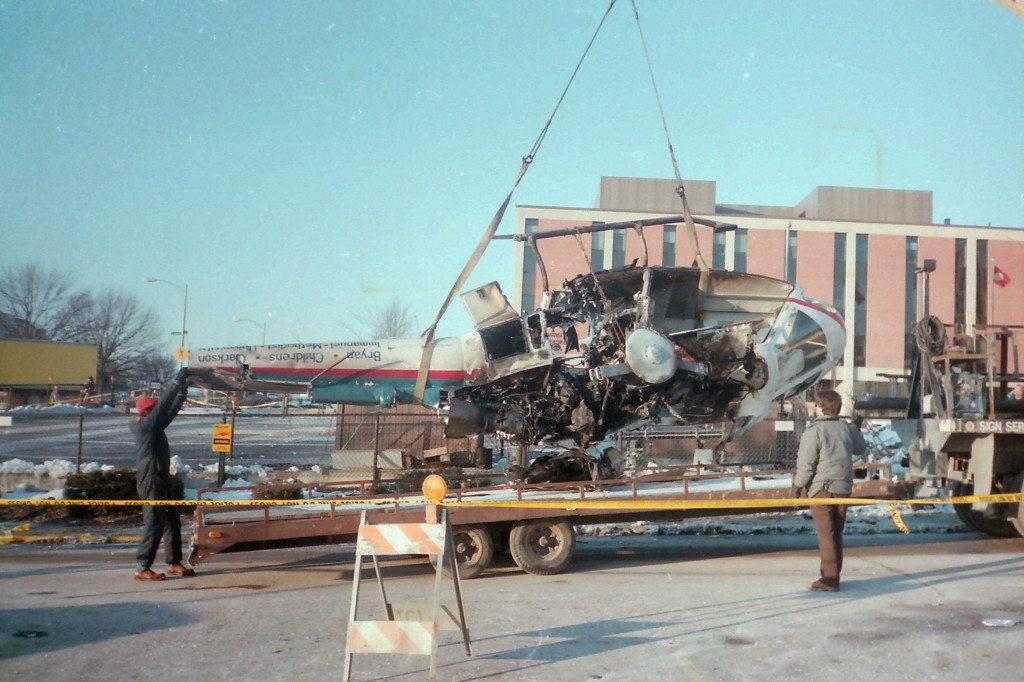 They took turns sitting in a vehicle, to warm up.

They were freezing. Time had frozen. It seemed like the clock had stopped moving hours ago.

They looked out at the charred, scattered aircraft carcass.

3 thoughts on “UNMC security: The day the helicopter crashed”