UNMC is all over China

You just never know where that UNMC secondary icon will show up. (EDITOR’S NOTE: Excellent use of a proper branding term. Ten points for Gryffindor!) 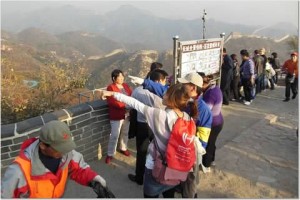 Yes, that’s the Great Wall in the background. And the Forbidden City: 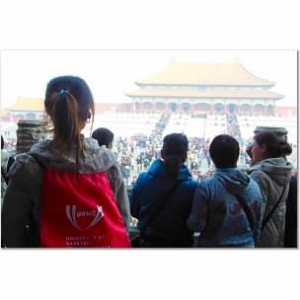 OK, I’m sure you’ve guessed that I planted that backpack. Maybe our icon isn’t all over China. Our reputation, however, definitely is growing. And UNMC leaders are all over the potential for the growth of our partnerships in China.

Relationships are an important part of that. And it’s hard to capture friendship in a photo or a blog post.

As hard as it is to describe, though, it can be easy to recognize. I witnessed it almost immediately upon arriving in Beijing on a recent trip (my first to China). Keith Swarts greeted Yanli Hao, the young woman who was at the airport to meet us, like an old friend. In fact, Keith greeted nearly everyone we dealt with during the two-week trip like an old friend.

That’s what they are. Friends.

Sometimes Keith had so many friends to talk to that it he seemed like a blur of constant motion.

Many of those friends have visited UNMC to do research or study.  And they take back to China stories of UNMC and its friendly people.

Three Shanghai family medicine doctors who were here earlier this year spoke glowingly of their experience at UNMC at the opening ceremony of the Third Annual Shanghai Symposium on Sino-U.S. Family Medicine at Tongji University. They said they were especially moved by the way patients are treated in U.S. clinics, with uninterrupted one-on-one visits with a doctor.

“In two weeks, I learned a great deal … about the humanistic care of American patients,” Mary said.

The friendship and conversation went on long after each day’s speeches and lessons were finished.

And we had a little fun along the way.

We even celebrated the birthday of Jialin Zheng, M.D., director of UNMC’s Asia-Pacific Rim Development Program. October is a busy month for UNMC’s programs in China, so Jialin has celebrated there — away from his family — for several years in a row. 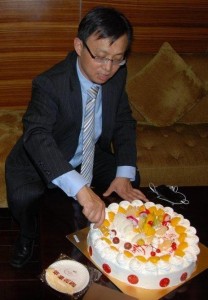 He said it’s tradition in China to eat noodles to help bring good luck and a long life to the one marking a birthday. Jialin taught me how to eat noodles with chopsticks but I think I contributed more noodles to the floor than to his long life.

Maybe I should have tried Jayme’s noodle technique:

We also learned about a beautiful …. 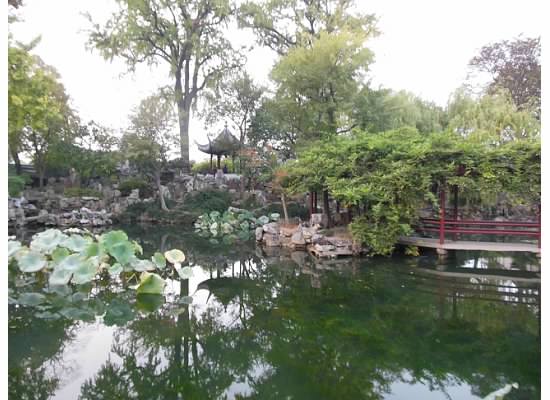 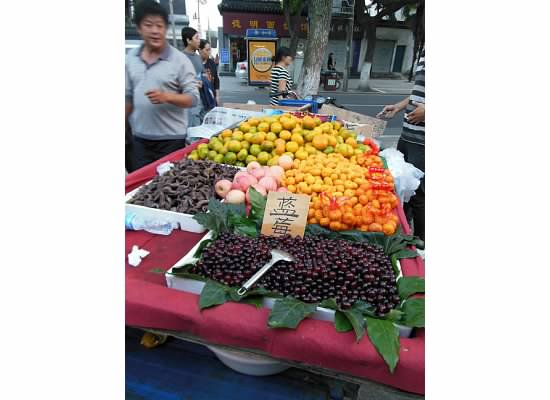 where UNMC has lots of friends.