Why I give to the United Way

Today I’d like to introduce my blog family to one of my actual family members. 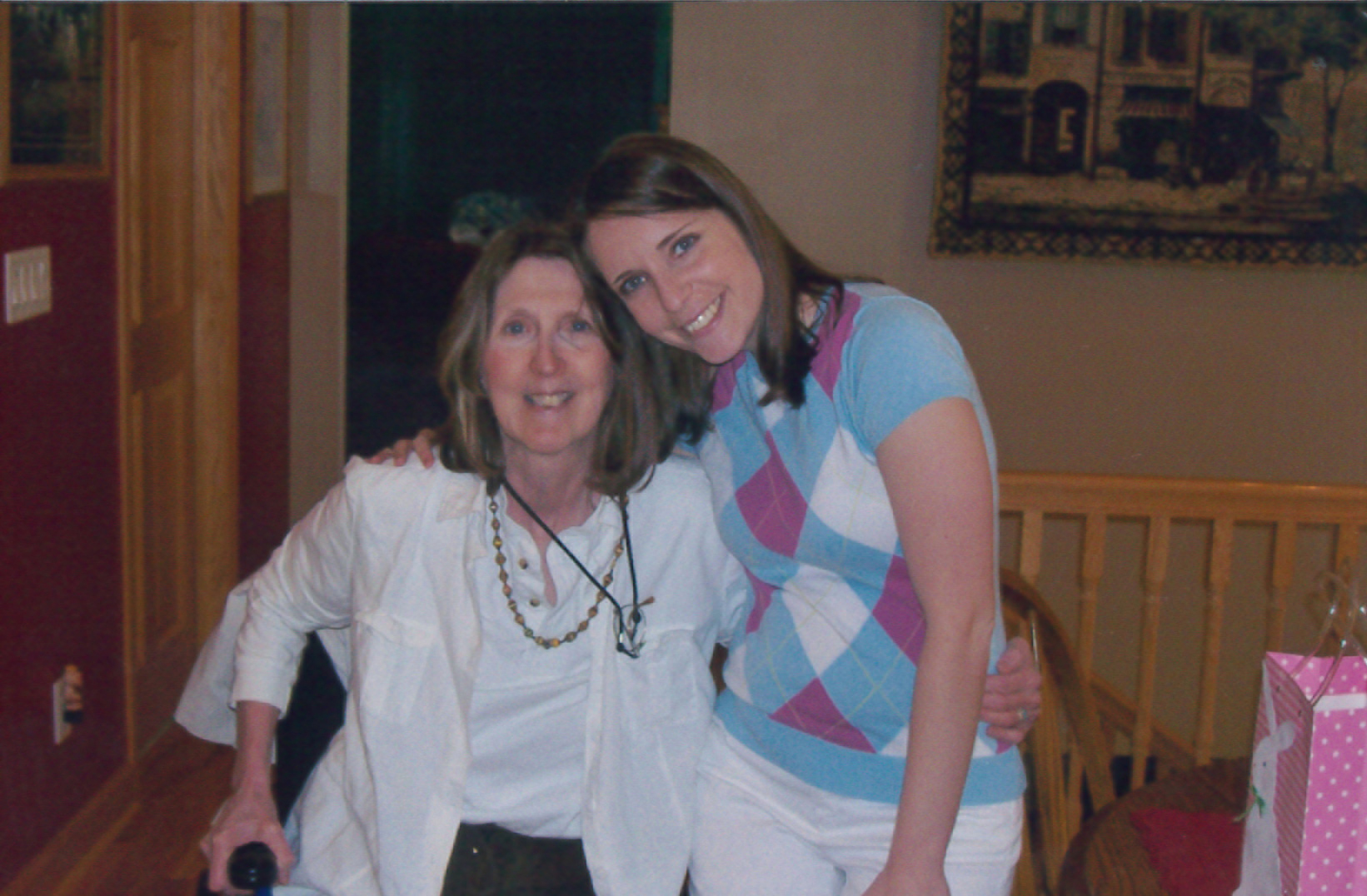 Aunt Donna has Multiple Sclerosis, or MS for short.

We’ve been close all my life. She’s my Godmother, my seamstress and was my pen pal all through college (yes, we wrote actual letters). Over the years, whenever I would ask how’s she was doing, she never complained, but just said:

Because of her ability to focus on the positive, I’d never really given MS much thought.

I was living in Okoboji for the summer when she and another aunt, along with my mom, came to visit me. As I ushered them into the non-handicap accessible house where I lived, I noticed it was taking a while. Donna needed to scale three steps to get into the house. Even with my mom on one side and my aunt on the other, those three steps seemed like Mt. Everest. Try as she might, Aunt Donna could not get her “stupid foot” (her words, not mine) to respond to what her brain was trying to tell it. I stood back and watched this unfold. It made me so angry. Why wouldn’t her foot listen? MS can be cruel.

Despite this awful disease, I’m encouraged by things like Jazzercise classes at UNMC for those with MS and Dr. Max Kurz’s study on a device called the PoNS.

Other than getting the word out about these things, the only other way I know how to fight is to give. So every fall, I pledge a small dollar amount of each paycheck to the local chapter of the MS Society through the United Way.

I think we forget that when we give to United Way organizations, we are really giving to the human beings who need their services.

As of Tuesday afternoon, we are about $18,000 short of our $148,000 goal as a campus and less than half of employees had participated in the United Way drive. Thanks to Chuck Brown, you’ve been humored with memes to encourage you to participate, whether that means a donation or not. Today, I’m encouraging you to participate not because it’s so easy it’s laughable, but because it really does make a difference. To people.

One thought on “Why I give to the United Way”