A museum with a bite 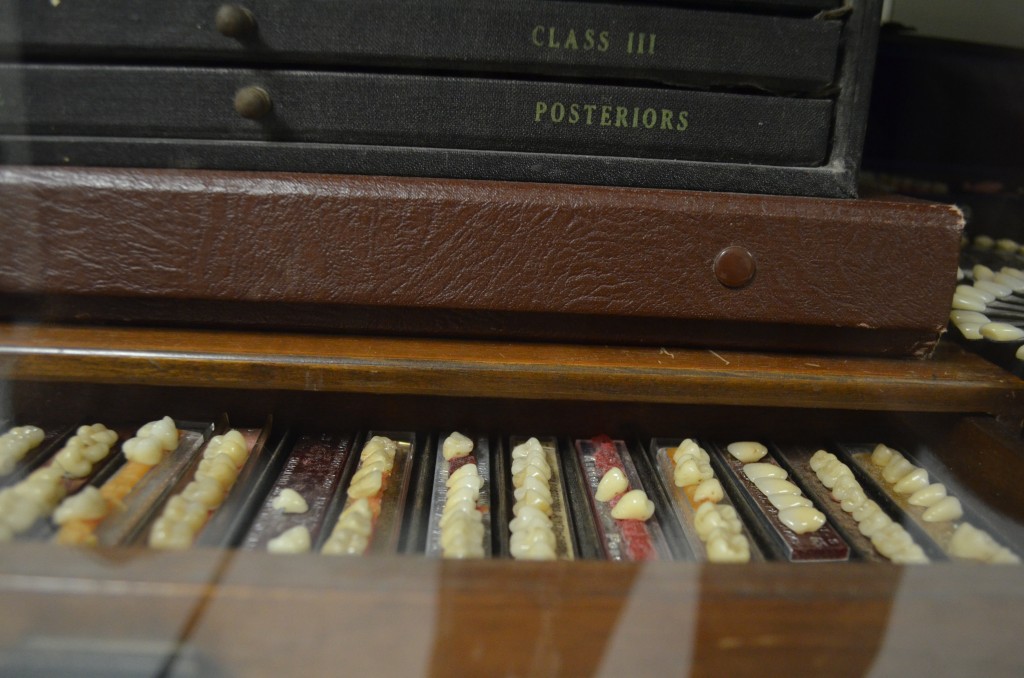 My son has told me that the tooth fairy turns teeth into money. Maybe. Or maybe, many of them ended up here, at the UNMC College of Dentistry’s Dental Museum. 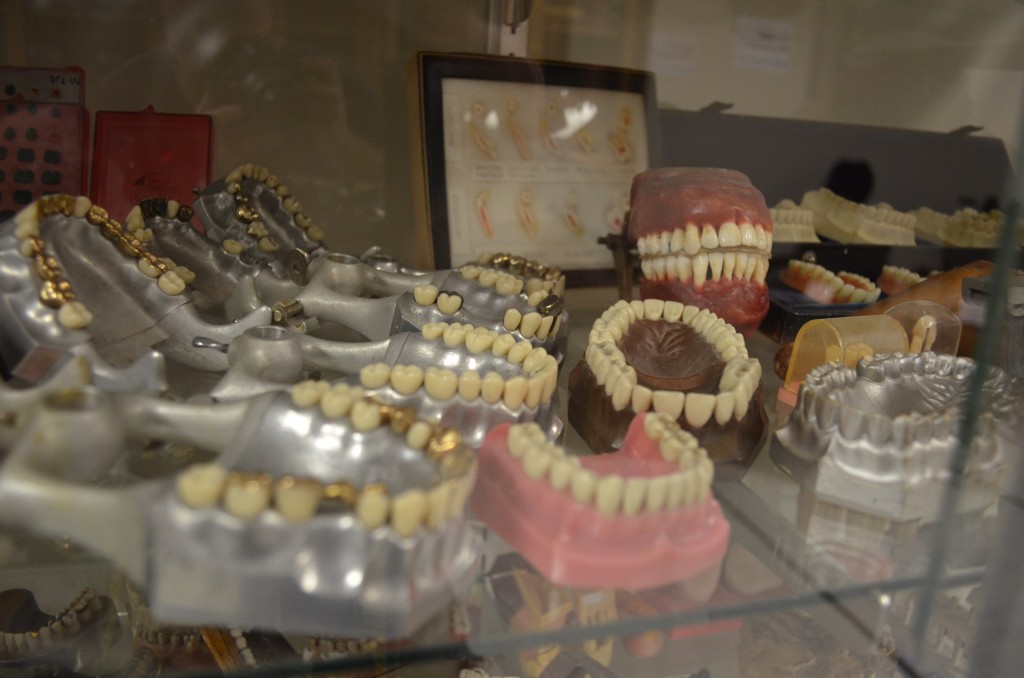 And fillings, and molds, and drills, and tools and dentists’ chairs that go back to the 1800s. 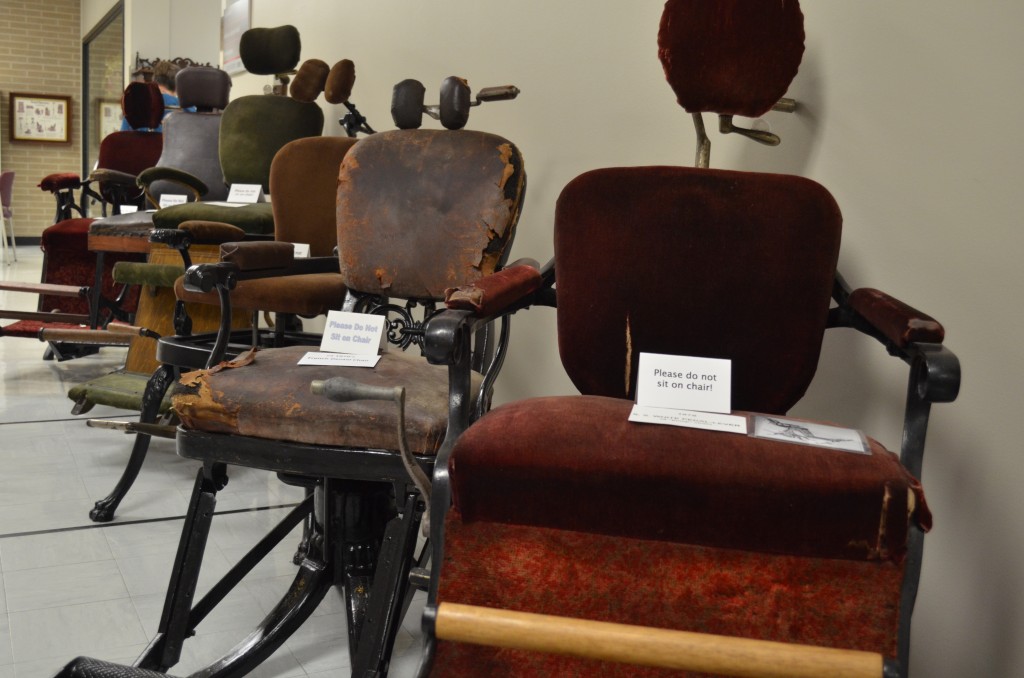 (“Did you sit in the chairs?!” asked UNMC Today editor Chuck Brown, a little too excitedly. No. They all had signs that said, “Please do not sit in chairs.” And also, what if I’d been suddenly descended upon by a swarm of dental students?)

I ask Stanton Harn, Ph.D., professor of oral biology in the College of Dentistry, when we humans first decided we needed dentistry, as a profession. Dentistry comes from medicine, he said. The first dentist, he said, was an Egyptian physician in 3,000 B.C.

I don’t know if any of that guy’s stuff is here. But Dr. Harn does have a few tools from Pompeii.

The stuff is everywhere, up and down hallways, filling a whole room. Historic drills! Historic metal hooks (which look pretty much the same they do today)! Pepsodent endorsed by Bob Hope! 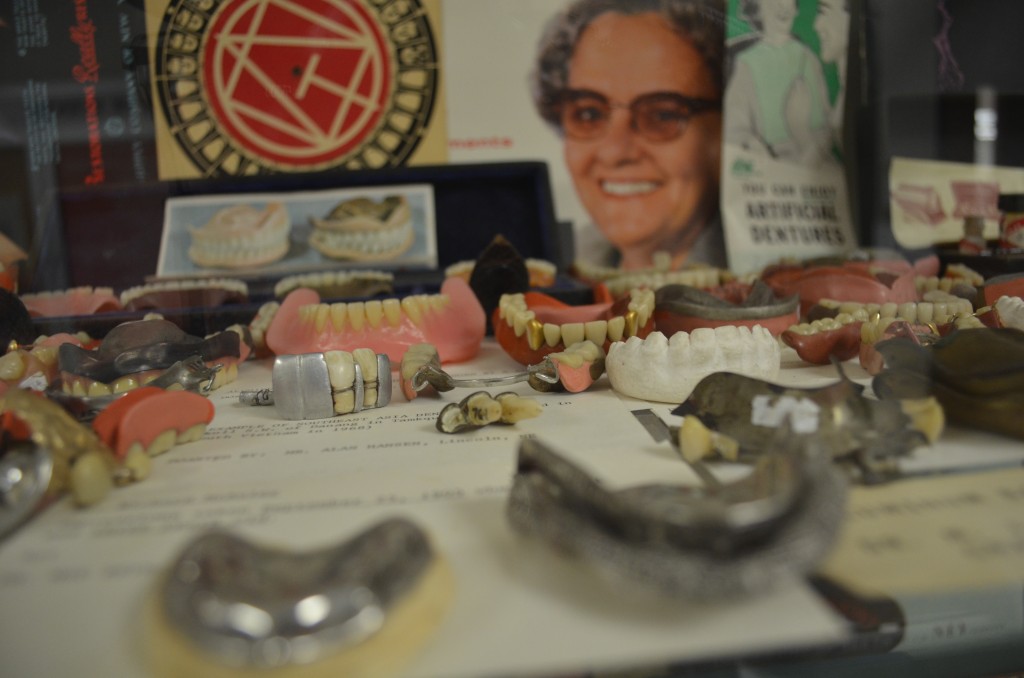 The collecting started in the late ’70s. “It’s been 35 years or so of finding it when we find it,” Dr. Harn said. He’s been the museum’s curator and its driving force. 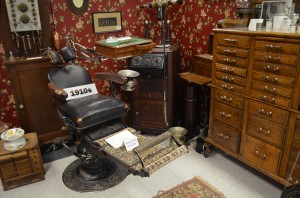 Look at this, he is saying. Beautiful cabinets with intricate fold-out drawers. Whole offices, re-created by period (1870s-1880s, etc.). 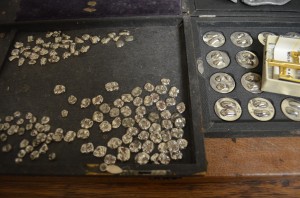 Dr. Harn got his first few items when he found out they were trying to make room for more displays in “Elephant Hall.” He went through the basement and came up with a few things. Cool things.

Then he sat down and wrote letters to every alum (actual letters; this was the ’70s) from the College of Dentistry who had graduated before 1950.

“I got three responses,” he said.

But it paid off when he displayed what he had at homecoming, that year, and heard, “Oh! I’ve got some of that!” And heard it again at the next homecoming. And the next. 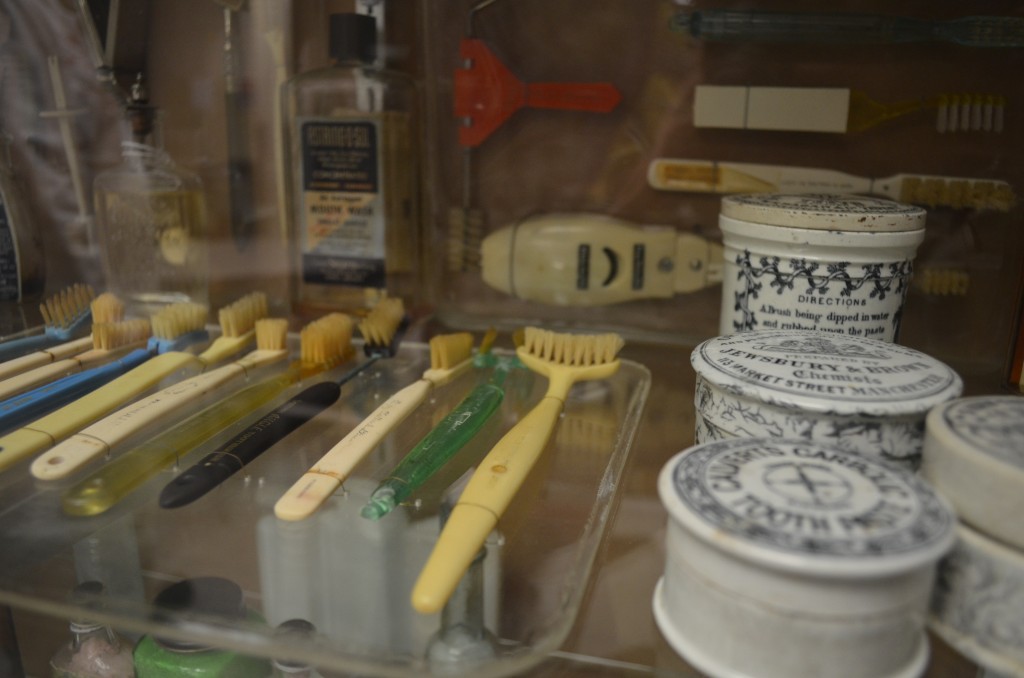 Now, he said, he has between 200 and 300 alums who annually give money dedicated to making the collection grow.

He looks everywhere for items. They could have gotten Doc Holliday’s chair (yes, that’s where he got the name; Doc was the rootinest, shootinest dentist in the West). But it just cost too darn much. 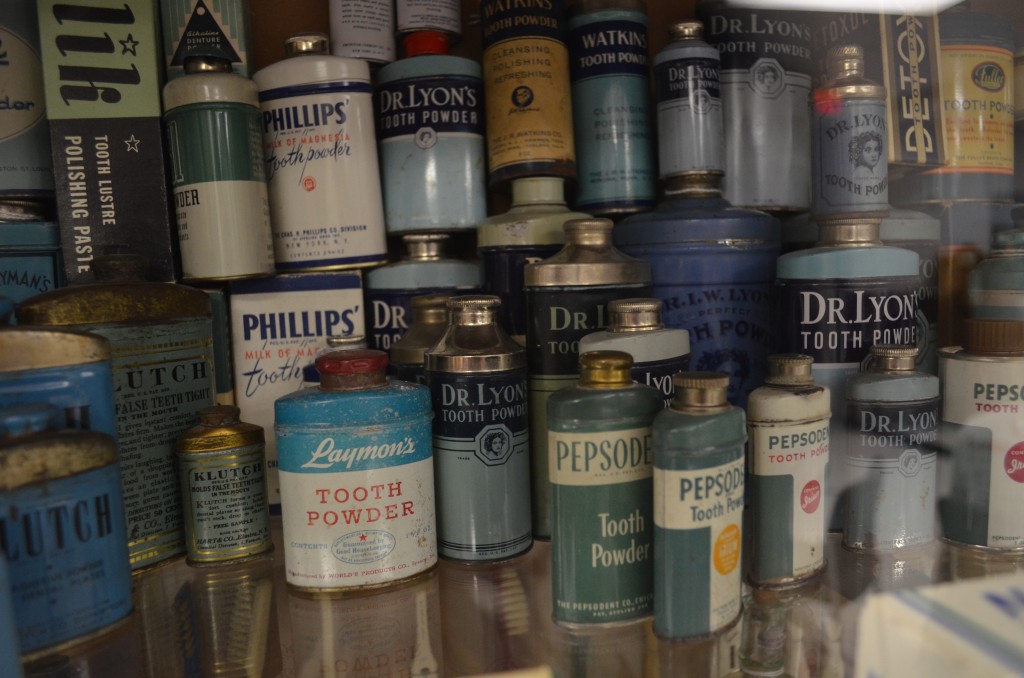 But he has no permanent space. This room? “This is the anatomy lab,” he said. That’s why the Dental Museum is open just one week a year (for UNL homecoming; you already missed it). The rest of the time most of this stuff is in storage. “It’s taken me a week to put it up!” Dr. Harn said. 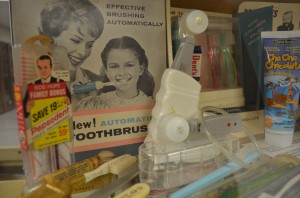 He wanted me to try the foot-pedal drill. It’s like one of those old sewing machines, and yes, it does work. Maybe 700 rpms, Dr. Harn said (Wikipedia says modern dental drills can do about 400,000).

Still, that’s better than what they had before: twirling the drill by hand, with your fingers. Imagine how slow that would go? You don’t have to. Dr. Harn shows me – oh, yeah, you’d better believe he has one of those, too. 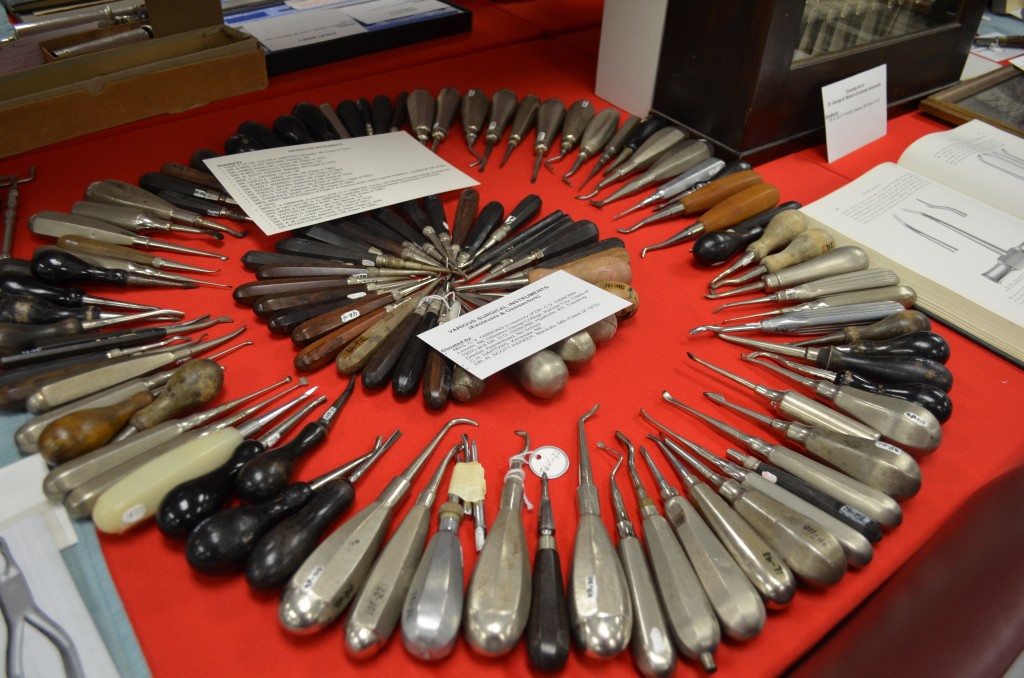 3 thoughts on “A museum with a bite”