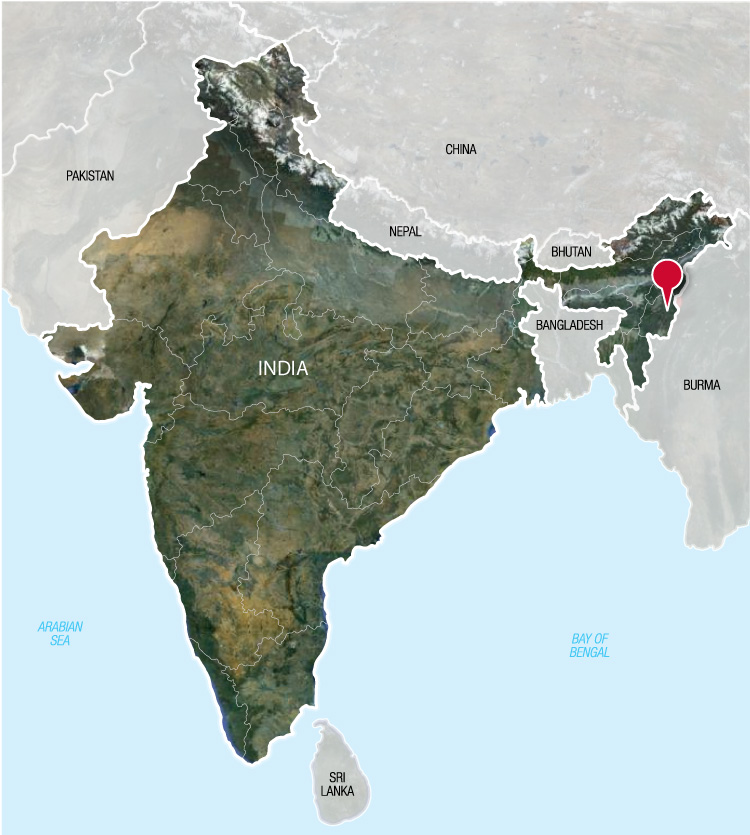 Dr. Haorah's home village in the remote northeast part of India doesn't even show up on Google maps, but it is close to the district capital, Ukhrul.

When James Haorah was 11 years and 5 months old, a Catholic priest walked for seven miles to get to the village in remote northeast India where young James lived. It was a momentous day, and the priest was feted with great fanfare. This was partly a sign of deep respect, for a visiting dignitary, and partly because something this exciting didn’t happen every day.

What did happen every day was that people worked. All day, growing rice, vegetables, livestock. They gathered water, and firewood, maintaining a daily existence. No running water, no electricity.

There was no child care; there was no staying home with the kids. Bigger little kids watched younger siblings as mothers and fathers worked in the fields.

James Haorah would describe it, some 40 years later, “Like the 1800s here in the United States.”

That day, the visiting priest asked the gathered kids what they wanted to do in life. Young James was 11 years and 5 months old – looking back, he remembers it almost to the day. “I was a bit outspoken,” he said. He stood up boldly. He would be a doctor, he said.

And they laughed. All the kids laughed. Even the village elders laughed. “They had a very good reason,” James said. At 11 years and 5 months, James had never been to school.

How could he? He had responsibilities. He watched baby siblings. He already had a job. He was a buffalo herder.

But that day, amid the laughter, he made a decision.

When school started, he showed up. He went to nursery school, among the 3-year-olds, and sat down. He was 11 years and 7 months. He remembers it almost to the day.

The teachers were flustered: You can’t bring a baby in here! But James did, still caring for his younger siblings (that was the deal). And each time the teacher tried to kick him out, he said the same thing: “I am sitting here.”

In 2004, when he returned to the little village near the Myanmar border on the other side of Bangladesh, the teachers remembered him. “Now, for them it is a story,” he said. It’s one they tell all of the kids.

If you work with James Haorah, maybe you have seen this determination, in him. Today he is James Haorah, Ph.D., associate professor in the department of pharmacology and experimental neuroscience at UNMC.