He’s from Tokyo. She’s from Indonesia.

Following graduation, he plans to stay here. She plans to return home.

Masayuki Takizawa and Dewi Ningsih are both new students in the College of Public Health. They couldn’t be more different. And yet alike at the same time.

They were here on Monday and Tuesday for the International Student Orientation, an inaugural event at UNMC that brings together new students from the countries of China, India, Egypt and Tajikistan to name a few. It included presentations from ITS, the DMV and the GOYP (Greater Omaha Young Professionals). (Nothing like a few acronyms to get you used to campus.) Other topics were immigration, security, banking, housing and worship.

He found the ice breaker helpful. She got the most out of the academic integrity session on plagiarism. They both liked the UNMC scavenger hunt. The students divided into teams and were given clues to find campus landmarks like Hope Tower, the Student Life Center, and the Graduate Studies Office.

Together, Takizawa and Ningsih dubbed themselves “Team Lazy.” The garnered signatures from volunteers at 10 of the 14 campus landmarks, but were ditched early in the competition by a more ambitious teammate.

“Why is she running?” questioned Takizawa. 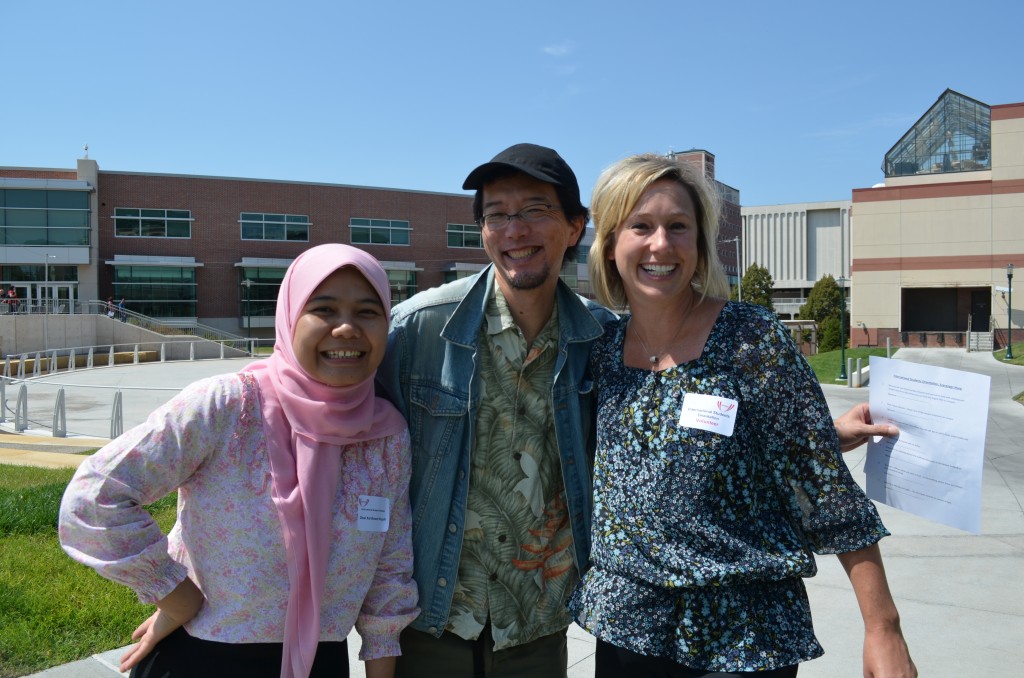 But other teams did. The Find Outers. 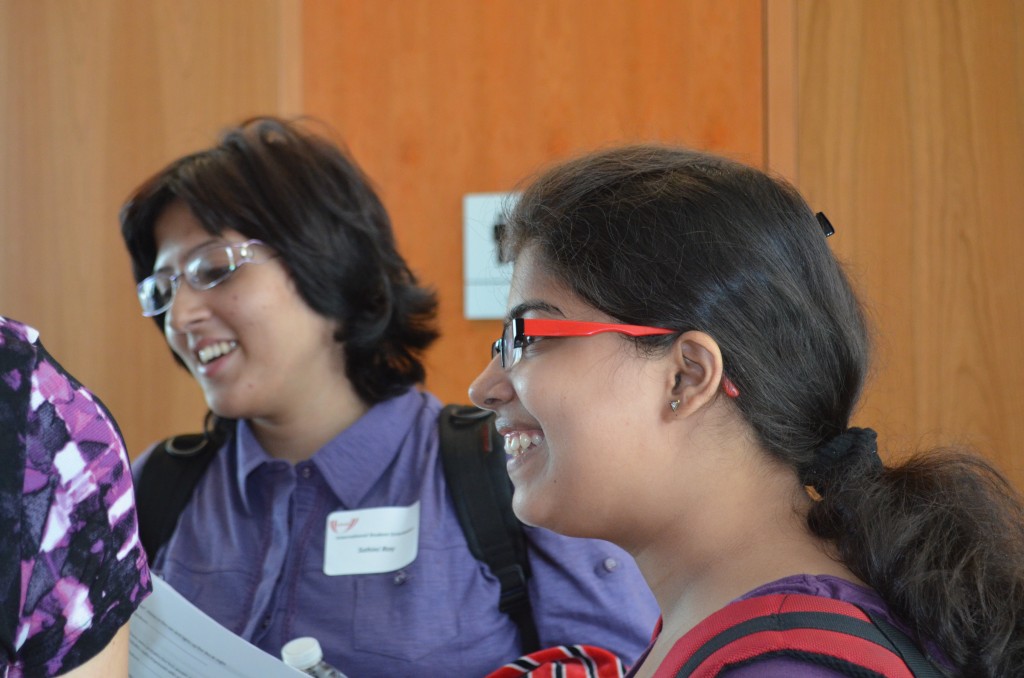 And the Pizza Chasers. Some of the teams also reverted to their first languages in the chaos of the contest. 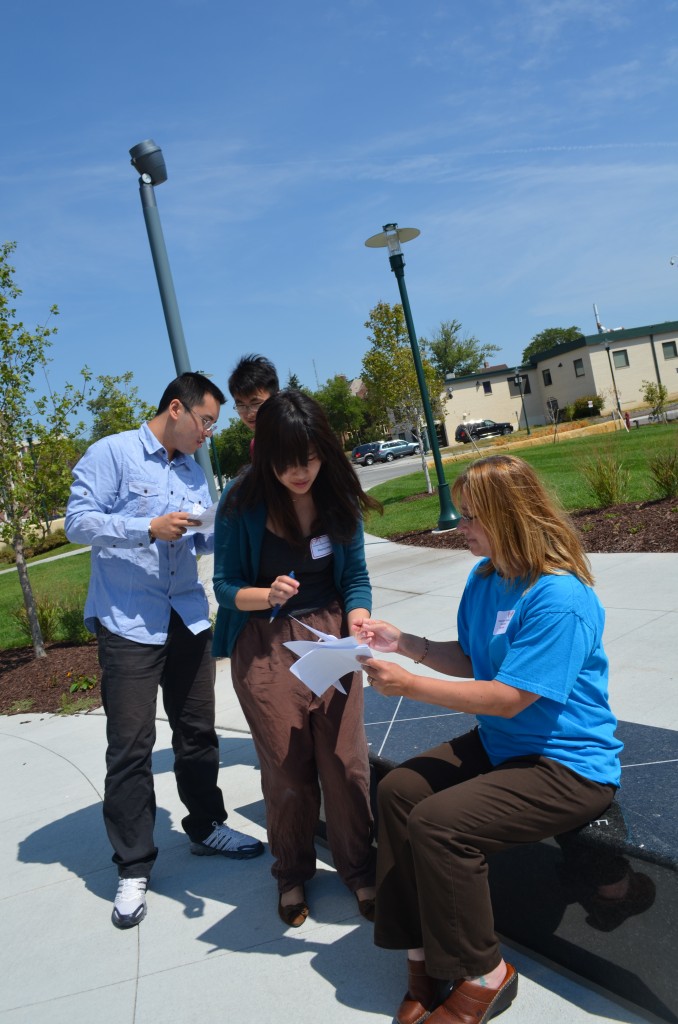 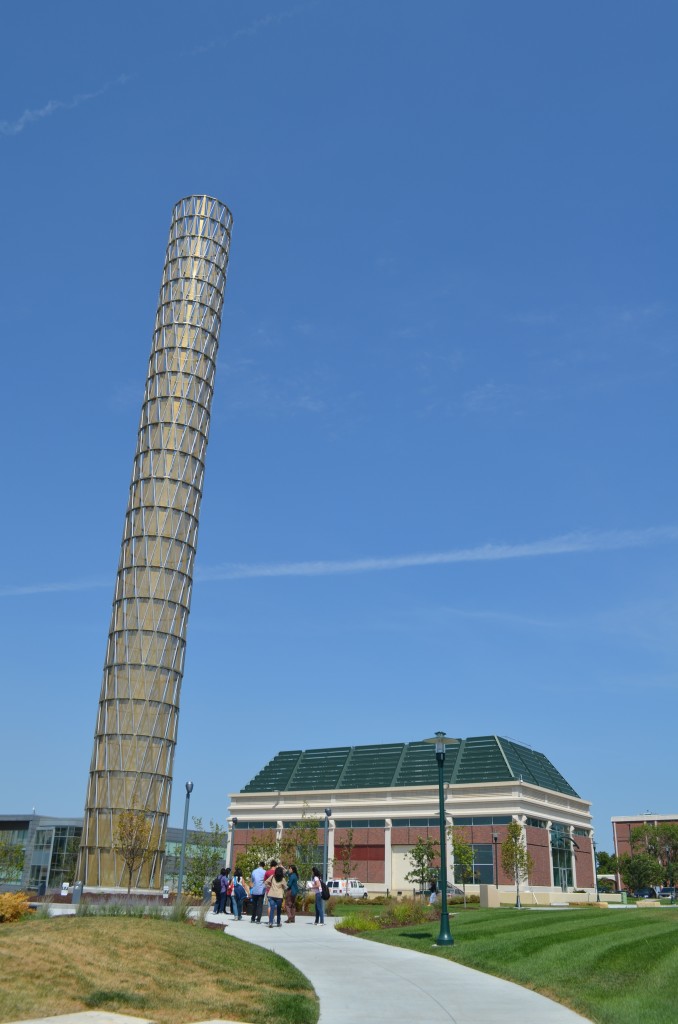 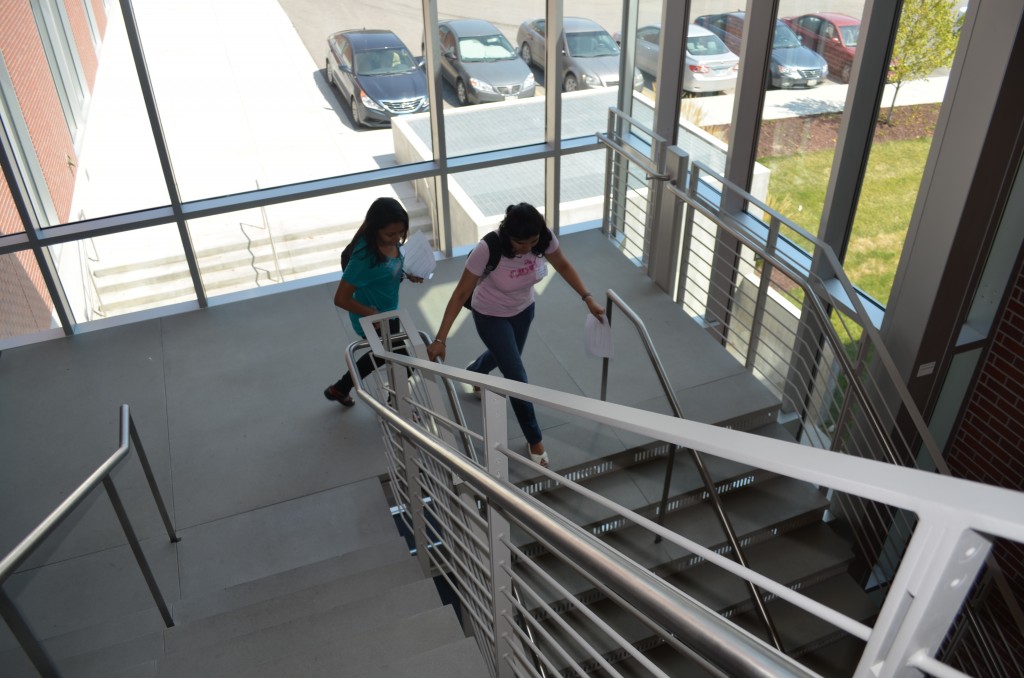 That wasn’t possible for Team Lazy.

“Tell me about Tokyo,” said Ningsih

He came here two years ago for an MBA, but after three semesters decided it was “too boring” and switched paths to public health.

“Connection is everything,” he said. “I want to use the exchange of knowledge to think globally, and act locally.”

She came here five months ago to further her emergency care education.

And maybe find a soulmate, she added.

(Cue the lump in my throat.)

As for campus, he’s been impressed with the cleanliness and safety. She’s noticed the kindness of others.

Team Lazy ran into their former teammate on their way back to Sorrell from the McGoogan Library, one of the scavenger hunt landmarks.

They tried to point her in the right direction without giving her the answer.

“Where are all the books?” they quizzed.

“The bookstore?” she responded.

Cue laughter, the language everybody speaks.

One thought on “Acclimating to America: International Student Orientation Fun”