A man for all symptoms 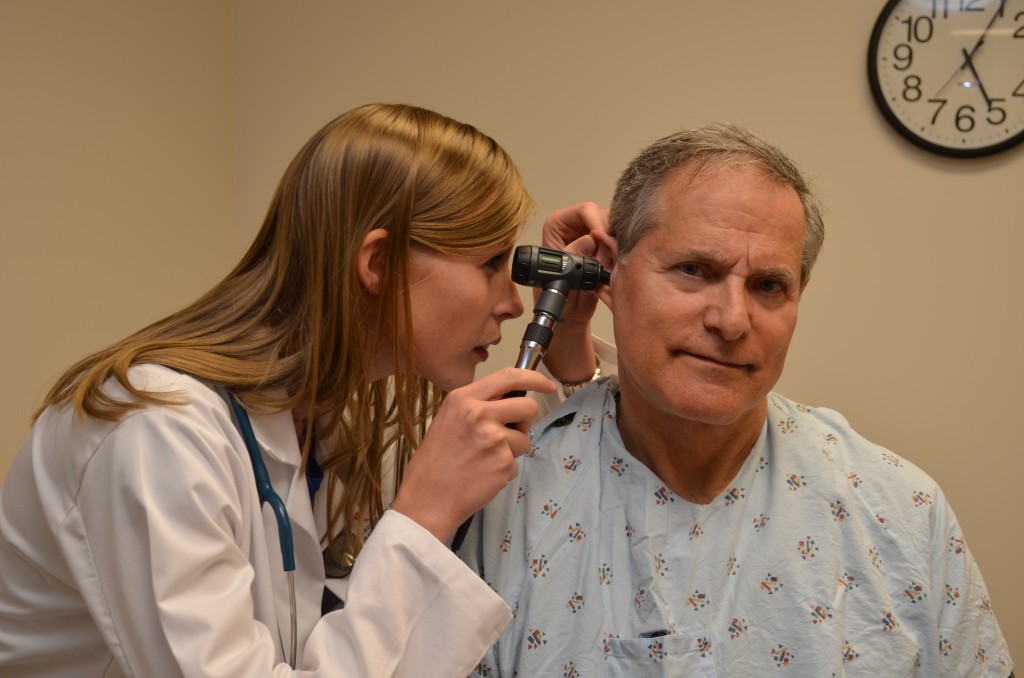 JERRY: What’s with the fake sneezing?

MICKEY: They assign you a specific disease and you act out the symptoms. It’s an easy gig.

JERRY: Do medical schools actually do this?

And none of that was the worst of it.

“My ex-wife perhaps gave me a venereal disease,” he said.

But don’t worry. These are just roles Gary plays. He is what is known as a standardized patient – he helps UNMC students prepare for careers as health care professionals.

It’s simulation training. Would you call it acting?

“I have no idea if I went on a stage, if I would be a failure. But in a one-to-one situation, I guess it’s believable,” Gary said.

He’s done this for more than 17 years.

He’ll often get a script at the beginning of the week (he sometimes does up to 20 hours a month of “standardized” work). But Gary and other SPs do more than just act out diseases.

They can teach students how to deliver bad news; how to treat patients as people.

You can’t duplicate that. Except, with people like Gary, sometimes you can.

And sometimes it isn’t acting. When he talks about doing a complete history and physical, he means actually getting into a gown …

“Everything but a rectal exam,” he said.

But, wait, that still means …

“I help them learn how to do a hernia check,” he said.

Talk about an actor who does his own stunts.

He is a senior SP. Standardized patients are not volunteers, but trained professionals, part-time on-call employees. UNMC has a core of about 60 people who serve this vital function. And they’re good.

“We’ve had students, when the exam was over, ask the SP, ‘Are you OK?’ ” SP coordinator Dan Brick said.

Not to worry. Gary gets a lot of physicals. “I know exactly what my blood pressure is,” he said. “I get it checked three or four times a month.”

4 thoughts on “A man for all symptoms”